A few extremists are holding Kashmir to ransom 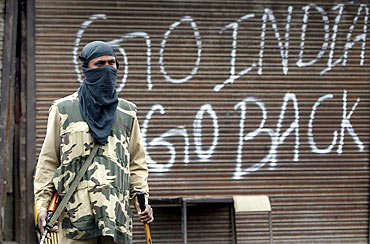 The meeting of the Cabinet Committee for Security held on September 13 to discuss the situation in Kashmir could not come to any conclusion and the proposal to partially revoke or dilute the provisions of the Armed Forces Special Powers Act has been deferred.

On the flip side, the government has adopted an apologist approach by admitting that there exists a trust and governance deficit, which will further weaken the already beleaguered state administration and Chief Minister Omar Abdullah.

The Centre was initially unconcerned 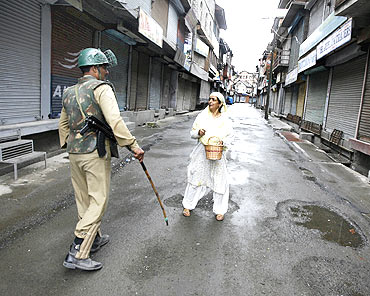 The cycle of violence that has engulfed the valley is continuing and one gets a feeling that there is no remedy in sight. However, a deeper analysis indicates that a new pattern is emerging.

When the problem started with the death of Tufail Ahmad Mattoo on June 1, there was apathy in the approach of the state government, while the Centre was unconcerned. As more and more deaths occurred at regular intervals, the state government got worried, the separatists got active, the Centre raised its antenna and the media started its run for sensational and exclusive news bytes

The separatists are vying to gain centre-stage 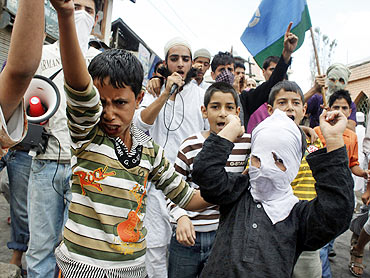 Today, with more than 80 dead and with no end in sight, everybody has a different, diagrammatically opposite take on the subject. The chief minister, in an attempt to deflect the pressure, came up with confusing statements, suggesting dilution/partial revocation of the AFSPA, and granting autonomy.

The separatists are, as always, vying with one another to gain centre-stage, and, the Centre is clutching at straws to come up with a credible response.

Omar has lost control of the situation 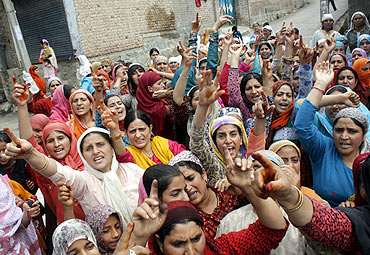 What everybody is losing sight of is the emergence of a new extremist segment in Kashmir which has taken advantage of the situation. This segment is now orchestrating events in a manner that suits their masters across the border.

Not only Omar, but also the existing separatist leadership, has lost control of the situation. They have become mute spectators to the proceedings, which are being directed by more powerful lobbies. 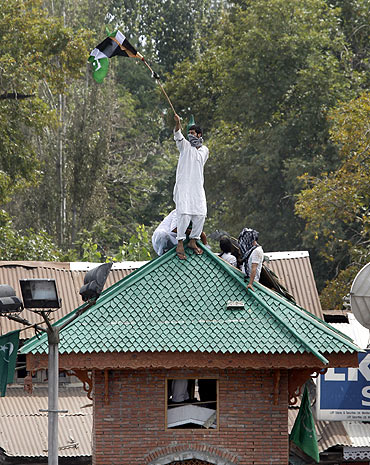 It is being said that Muhammad Qasim alias Aashiq Husain Faktoo, an erstwhile commander of Jamait-ul-Muhajideen and the husband of Asiya Andrabi, the leader of the ultra-Islamic Kashmiri organisation Dukhtaran-e-Millat, has managed to create a vicious network from within the confines of the jail, where he has been lodged for the last 17 years.

He is said to be one of the spearheads of this spiral of violence. In close support, are people like Masarat Alam Butt, the Hurriyat leader and the vice chairman of the Jammu and Kashmir Muslim League.

They have marginalised Mirwaiz and Geelani 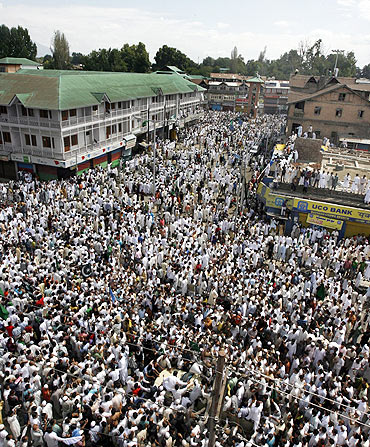 These new leaders exercise command through conduits, mobile communication systems and word of mouth. Their diktats spread across the valley like wildfire. They have effectively marginalised the likes of Mirwaiz Omar Farooq and Syed Ali Shah Geelani.

Recently, Geelani came up with five pre-conditions for the reestablishment of peace in the valley. The unabated violence that has been continuing even after the release of his 'pre-conditions' indicates that even if they are met in full, he does not have the influence to stand by his word and ensure peace.

A small but dedicated extremist cadre 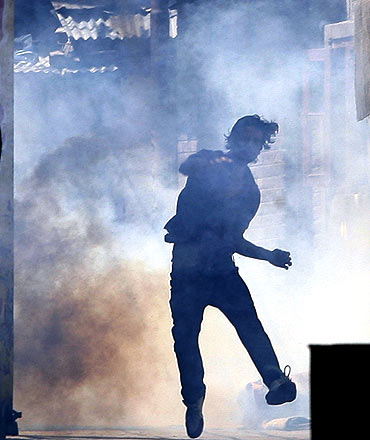 The same can be said for the other Hurriyat leaders, whose carefully nurtured media campaign of projecting the so-called struggle in Kashmir as peaceful and non-violent, has been thrown to the winds.

A small, but dedicated extremist cadre, is holding the state to ransom, while the existing leadership is merely trying to save face by defining the violence as a frustration of the people that is spilling over in the streets. Nothing can be further from the truth. In fact, the people are helpless due to an immobilised leadership.

What needs to be done 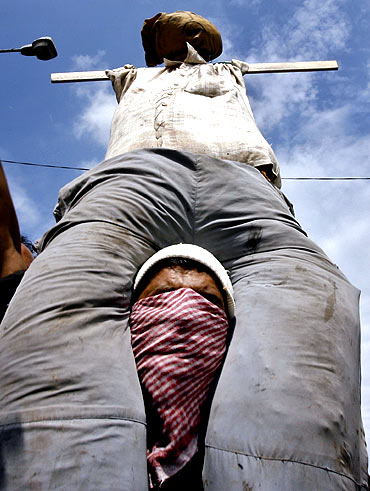 Under these circumstances, revocation or dilution of the AFSPA is a non-issue. This move, will, by no means, impact the current situation in the valley. At best, it will strengthen the cause of those who have orchestrated the present turn of events.

What is urgently required is a strong and structured response to this new extremist threat. What is required is effective leadership, strengthening the hands of the security forces, improving the proficiency of the Jammu and Kashmir police, better intelligence gathering, identification and political marginalisation of the emerging right wing leadership, mobilisation of the masses against politics of disruption.

There is need to create awareness about the fruits of democracy that the Kashmiri people are enjoying.