PM in trouble with Sonia over remarks on Nehru, Rahul? 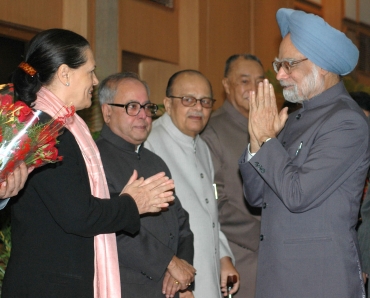 The recent remarks by Prime Minister Manmohan Singh on the country's first prime minister Jawaharlal Nehru appear to have rubbed 10 Janpath the wrong way, if party sources are to be believed.

Making things worse, a number of Union ministers, MPs and All India Congress Committee functionaries are reportedly upset at the manner in which Dr Singh -- at the media interaction with print media editors -- has tried to project himself a better administrator and manager than Nehru and even Indira Gandhi.

Highly placed sources say 10 Janpath has asked for a full transcript of the media interaction, where Dr Singh spoke with a great deal of confidence and assertiveness on a number of issues, including his handling of the Cabinet. His views on China were said to be off the record, but a daily went ahead and published the news, causing great embarrassment for Indian diplomats. No damage was done as China has underplayed the remarks.

Dr Singh decided to do the damage control 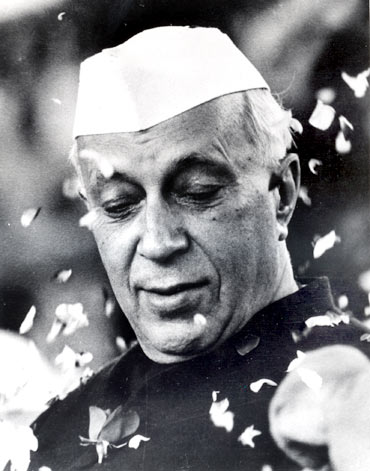 It is learnt that many top leaders have complained to Sonia Gandhi about the prime minister's remarks and have said that it shows that Dr Singh is playing a game of one-upmanship vis-a-vis former leaders of the Congress party who are still regarded as icons by the party.

Dr Singh had decided to meet the editors after a large number of articles highlighted the "free-for-all nature of his government with Cabinet colleagues and senior leaders speaking out publicly against each other. Senior editors went to the extent of penning editorials on the manner in which the UPA-II was being run and the increasing drift which had set in.

Sources said rattled by the continuing criticism with the party remaining a mute spectator and offering no defence of the prime minister, Dr Singh decided to do the damage control on his own. It is learnt that even the Information and Broadcasting Minister Ambika Soni was not in the loop on this interaction. Nor was she asked to be present at the meeting.

Comments 'leave a bad taste in the mouth' 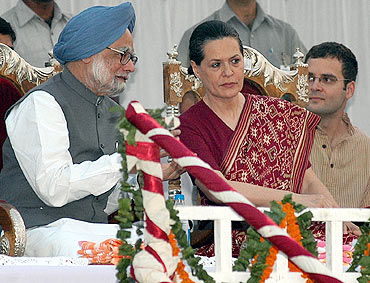 A senior AICC functionary said for the Congressmen, both Nehru and Indira Gandhi are revered leaders and for the prime minister to say that he is running a more cohesive cabinet than that of Nehru "leaves a bad taste in the mouth".

When the party spokesman was asked the question about Dr Singh comparing himself to Nehru who was seen as the architect of modern India, the spokesman failed to give any reply and chose to maintain silence on the issue.

Another overtly emphatic statement by the prime minister stating, "I am not retiring" has become a matter of intense speculation in the Congress circles, particularly since this was the second time that Dr Singh made the assertion.

'All is not well' 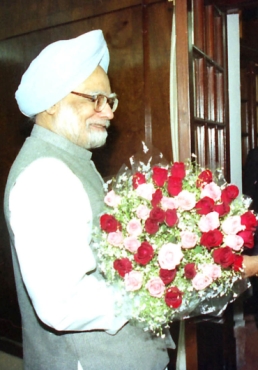 Sources say the statement does not spell good news for the prime minister and is being seen as his way of putting at rest speculation of his disconnect with Sonia Gandhi and reports that he may well be on the way out.

A senior Congress leader read the entire message from the prime minister's media interaction as a sure indicator that Dr Singh was under pressure from the party and "otherwise a seasoned and smart man like him would never have made comparisons with Nehru and Indira Gandhi as he did  just now". He said it showed that "all is not well between the top two of the party."

After stating that he would reshuffle his Cabinet, the prime minister clarified later that he since he was running a coalition government, he  would undertake the exercise only after consulting the allies. He said that it is not yet certain whether the reshuffle would indeed take place but said if it does, it would be before the winter session of Parliament.

Is Rahul eyeing the PM's chair? 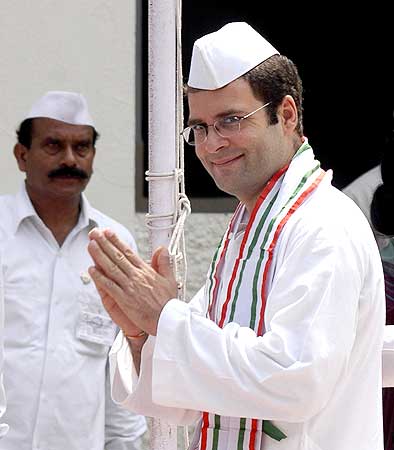 The prime minister emphasised that the reshuffle might not take place after all. The winter session begins on November 8. The exercise would obviously have to be done after consulting the Congress president and sources say there are grave differences between the two on the issue.

But a quote from the prime minister which appears to have been underplayed by the media and which could be the most damaging was related to Rahul Gandhi. During his interaction, When Dr Singh was asked to react to Rahul Gandhi "spreading his wings and moving beyond the Youth Congress", he first laughed and then replied, "In politics, there is competition and everybody is looking for this chair."

Was the prime minister clearly indicating that Rahul was now eyeing his chair and he was looking at him as his immediate competitor. Interesting question, particularly if the comment is read with his definitive assertion, "I am not retiring".