We didn't recommend anyone for Adarsh flat! 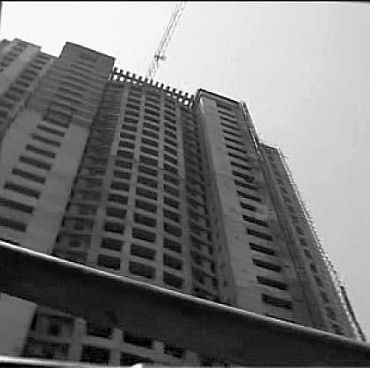 Amid reports that more leaders from Congress and Nationalist Congress Party from Maharashtra could have links with the controversial Adarsh Housing Society, three ex-Maharashtra chief ministers and a NCP leader have claimed they had not recommended any case for membership.

Union Minister Vilasrao Deshmukh and present Revenue Minister Narayan Rane -- both former CMs -- and Maharashtra Water Resources minister Ajit Pawar, who is the nephew of NCP supremo and Union Minister Sharad Pawar, rejected the allegations against them as an attempt to defame them.

Union Minister Sushilkumar Shinde, also a former CM, said only newspapers were making a "hue and cry" on the Adarsh Housing Society issue.

More skeletons tumble out of the scam 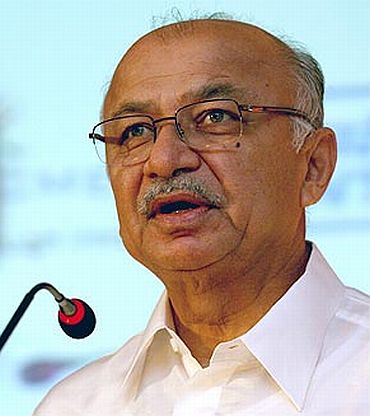 The comments by Deshmukh, Pawar, Rane and Shinde came against the backdrop of reports by TV channels alleging that some top Maharashtra Congress-NCP leaders recommended and pushed for flats in the Adarsh society for their associates and persons known to them.

As more skeletons tumbled out of the scam in the 31-storey upscale residential complex on the land originally meant for Kargil war heroes and widows, a blame game also erupted.

Deshmukh said he did approve the letter of intent (LoI) of 20 people who wanted to become members of the society.

'This appears to be a conspiracy to defame me' 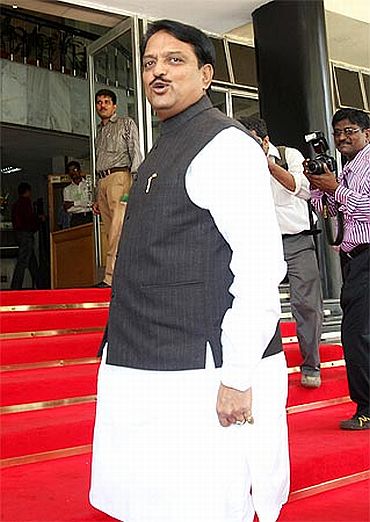 But he did so after current Chief Minister Ashok Chavan, the then state Revenue Minister, allegedly made a recommendation.

"The list had come for my approval only for counter signature and you do it in good faith," he said.

Deshmukh's statement comes in the wake of reports that three of his aides own flats in the society.

"I had not recommended anybody's case. There is nobody in the society who can claim to be my relative or near and dear one...This appears to be a conspiracy to defame me," Deshmukh told PTI.

'Nothing much is happening in Delhi' 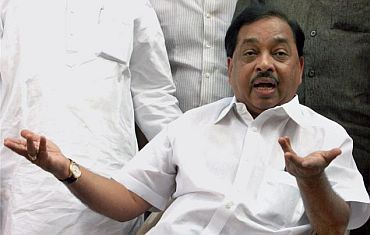 Chavan is already in the eye of a storm after his relatives were among the beneficiaries and his continuance is to be decided by the Congress high command.

Shinde said "nothing much was happening in Delhi on the Adarsh front".

"Nothing much is happening. It is only the newspapers who are making a hue and cry," he added.

Rane refuted reports that he had a role in allocation of a flat to a member of the society considered close to him. 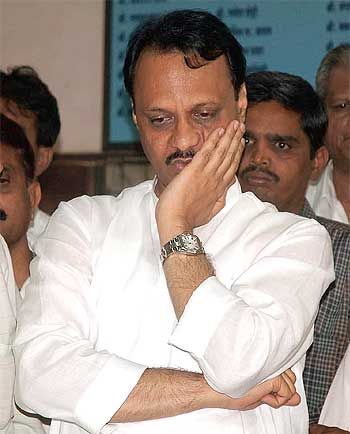 Ajit Pawar said he to nothing to do with the Adarsh housing society scam.

"Show me even one person who is either a relative or someone I know who is a member of the society," he said.

"I have not recommended anyone's name for membership," Pawar added.

A controversy has erupted over how Adarsh Housing Society, originally meant to be a six-storey structure to house Kargil war heroes and widows, got converted into a 31-storey tower through collusion of bureaucrats, politicians and top defence officers.