CWG's Villian No 1? Not really 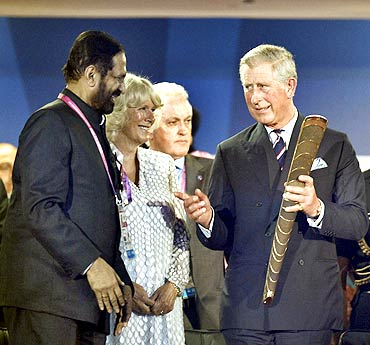 Commonwealth Games Organising Committee Chairman Suresh Kalmadi took all the criticism he faced in his stride, but he's not the villain he's made out to be, says Sudhir Bisht.

So the Commonwealth Games have been concluded. Even the most vociferous opponents of CWG would say that Games have been stupendously successful, with the honorable exception of Mani Shankar Aiyar of course.

A few days before the Games began, the collective heart of the nation had begun to sink, with the not-so-honorable exception of Suresh Kalmadi. Everyone thought that the country would not be able to host the Games on time or worse that the Games would be cancelled. In the rumble and tumble of all this we had to have a CWG villain. It was Kalmadi's destiny that he was the chosen one.

I remember the taunts that greeted Kalmadi each time he stood up to say something during the opening ceremony. The intensity of all the jeers and the boos had even increased by the time it was time for the closing ceremony. For all Indians, from Kargil to Kanya Kumari, the Villian Number One of the CWG was Kalmadi.

A schoolgirl even told me that the alphabets that make up the name "Suresh Kalmadi" can be reorganised to read "Sir u made lacs". The girl was thinking of lacs in the times when crores are becoming insignificant.

But this article is not about deriding Kalmadi. It is about looking at the positive side of the man who in spite of being ridiculed stood firm amidst all the brickbats and remained there till the CWG were finally over. I find five great qualities about Kalmadi, which are worth emulating.

Not losing sight of the objective in severely adverse conditions 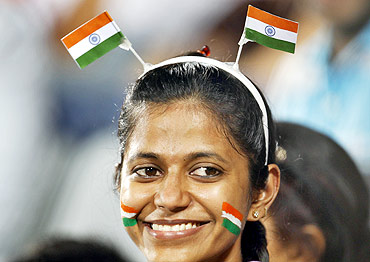 Let there be no doubt in any one's mind that if there were no Kalmadi, there would have been no Delhi 2010 Games. There has been much opposition to the Games right from the time India made a bid for them. Most Indians didn't want it and many said that the CWG has no significance in the world of sports.

Even the one-time sports minister didn't want it. Kalmadi had to bring the Games to India by working with two different regimes. He worked through the maze of bureaucrats who held sway during the Atal Bihari Vajpayee regime and the Congress regime. I give FULL marks to Kalmadi for bringing the Games to Delhi.

Taking blame to avert witch-hunting in the Games' interest 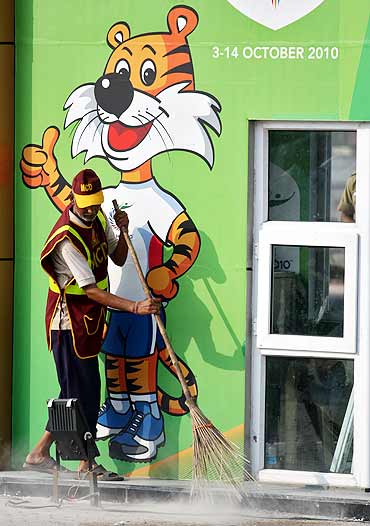 Kalmadi knew that every big project, which involves the prestige of the nation, must have a ready-made "fall guy" in place.

That the CWG village wasn't delivered on time wasn't Kalmadi's responsibility at all. It was the responsibility of the Lieutenant Governor's office. Kalmadi's job was to organise the Games and he and his team did it to perfection.

A lesser mortal could have fought the media and turned the table on to the LG's office for all the ills that affected the village but Kalmadi largely kept quiet. He didn't open the can of worms and took full blame on himself. This sense of sacrifice for the sake of the Games is worth appreciating.

Standing by his team 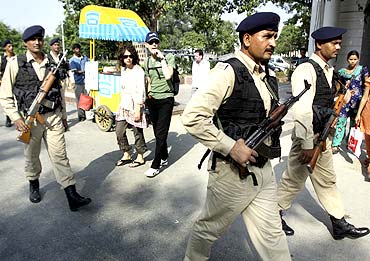 Kalmadi was never the sole foot soldier of the large organisation that was responsible for the organisation of the Games. He was rather the general of the army called the Indian Olympic Association. The association is packed with powerful politicians like the vice-president in the person of Vijay Kumar Malhotra, who were also involved with the CWG.

When Kalmadi was under attack, never did he pass the buck to his team. He stood by them and gave them encouragement to stand firm in their resolve to give an outstanding Games to the world.

Braving the media onslaught with dignity 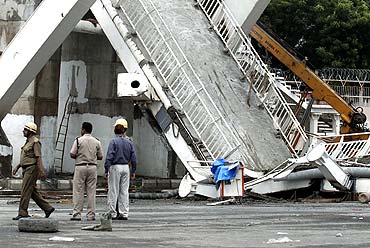 The amount of indignity that was heaped on Kalmadi when a footbridge fell near the village is unimaginable. Even the top dog at Union Carbide wasn't subjected to so much of outrage for the Bhopal gas tragedy.

A lesser mortal would have fled the scene but Kalamdi stood firm (except for a brief period of two days when he went incommunicado) and handled media with aplomb. He didn't shout back at media men who were cornering him without checking out if the failures that were being attributed to him were really in his scope of work or not.

I give kudos to Kalmadi for that. He displayed composure and was unruffled by the attacks. The only thing for which perhaps he wasn't attacked was the monsoon. We thank our responsible media men for this courtesy. 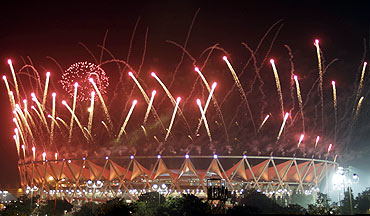 There are some watershed events in the life of a nation, which change the way the world perceives that nation.

The hosting of the foootball World Cup by South Africa changed the perception of entire Africa. The much maligned "continent of darkness" delivered an excellent football tournament. This is how the developed nations viewed the event. It gave hope to the world and courage to the Africans to dream bigger.

Similarly the way the Chilean government responded to save the lives of 30 something miners gave a fresh perspective of how much Chile cherishes the lives of its poor miners. It also showed how meticulously the South American country can respond to disastrous situations.

Hosting of CWG will go down as a major milestone in the history of India. India hosted an outstanding event amidst clouds of doubts and visions of uncertainty.

Kalmadi has an Olympic dream. He wants India to host the Olympics. He is single-minded in his pursuit and is focused in his mission. His strategy was to host a comparatively smaller event and go hammer and tongs at the Olympic mission. I like his strategy and would be happy if he succeeds.

In conclusion I want to make a confession. I absolutely hated Kalmdi before the CWG. I also thought he was the quintessential "politician-sports administrator", who saw sports as yet another avenue to grow the political clout and may be to make money at the expense of sports. My mind is struggling to let go that image but I give Kalmadi a thumbs up for his conduct which displayed his basic leadership traits of being brave when confronted by the frenzied mob and for remaining stolid when letting out the emotions would have upset the applecart.

Sudhir Bisht is a freelance writer.