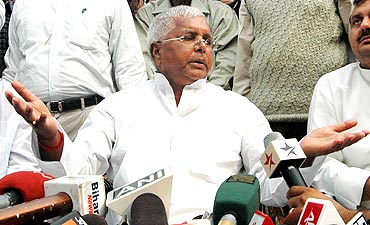 Lalu had announced on Monday that Rabri Devi -- a former CM of the state and his wife -- will contest from Raghopur in Vaishali district and Sonepur in Chapra district. 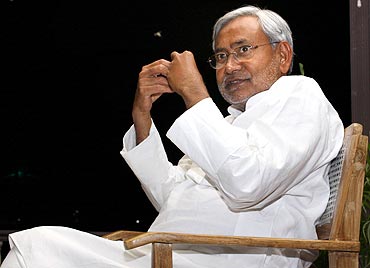 "Rabri Devi kewal nari nahin hain chingari hain (Rabri Devi is not just a woman, she is a spark of fire)," he said.

Bharatiya Janata Party leader Modi, who is the chairman of the party's election campaign committee, had said that RJD's decision to field Rabri Devi from two constituencies reflected Lalu's lack of confidence in voters. 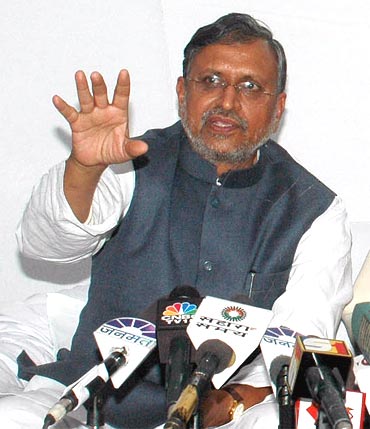 Both Janata Dal United leader Nitish Kumar and Sushil Modi decided in September against contesting in the assembly polls, as they are both members of the state's legislative council. Lalu also declared that Rabri Devi will file her nomination papers on Wednesday from both seats. He will also launch his election campaign on the same day, after she files her nomination.

In 1997, Rabri Devi became the chief minister of Bihar after Lalu Prasad was forced to step down from the post following corruption charges in the multi-crore fodder scam. Opposition leaders have often alleged that Lalu Prasad continued to rule the state with his wife in the CM's chair.