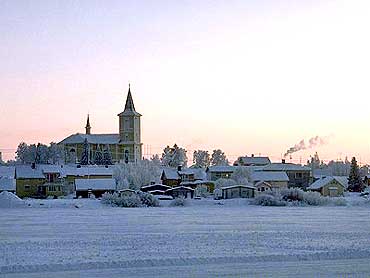 Finland has emerged as the most prosperous country in the world after an extensive survey conducted by the Legatum Prosperity Index, which claims to be the world's only global assessment of wealth and wellbeing.

Finland ranks extremely high in the fields of safety and security and governance. Its performance in the other categories is also impressive and consistently among the top 10.

"Finnish citizens have extremely high levels of trust in their political system. Approximately 94 percent have confidence in the honesty of elections, and the system allows full political participation," says the index.

The prosperity index ranks nations based upon the 'foundations of prosperity: factors that help produce happy citizens'.

The survey covered 104 nations encompassing 90 per cent of the population. The top slots were dominated by the Scandinavian countries, which boast of an extremely high standard of living. Most of the nations languishing at the bottom of the list were troubled African nations. 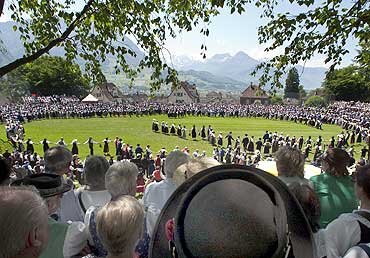 Switzerland, one of the world's most popular tourist spots, grabbed the second slot in the index.

According to the index, Switzerland has the best democratic institutions on earth, as "respondents are fully free to participate in political processes and can safely express their beliefs and associate with political organisations."

It has one of the most stable governments in the world and ranks high in terms of social capital.

The prosperity index defines prosperity as both wealth and wellbeing. It concludes that the most prosperous nations in the world are not necessarily those which have high GDPs, but those with happy, healthy, and free citizens.

The index claims to be based on years of statistical analysis and research of objective data and subjective responses to surveys. The data is finally categorised into nine sub indexes -- each identified as a foundation of long-term prosperity. 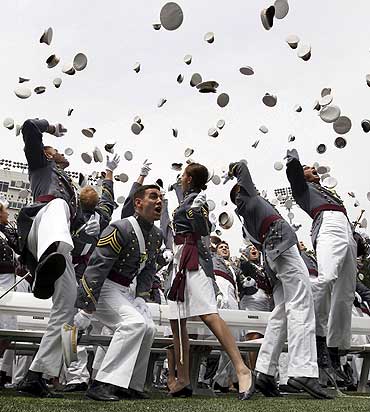 In spite of being the largest economy in the world, the United States is ranked at no. 9 by the index.

America has the second best democratic system in the world, says the index, and fares well in terms of social capital and personal freedom.

"American citizens have almost unconstrained political freedoms and full civil rights, including freedom of speech and a high level of personal autonomy," says the index.

The overall index rankings are produced by averaging the scores of the nine sub-indexes, which are economic fundamentals, entrepreneurship and innovation, democratic institutions, education, health, safety and security, governance, personal freedom and social capital. 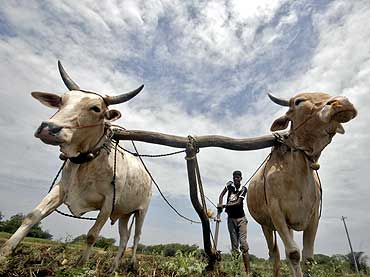 Image: A farmer ploughs his field against the backdrop of monsoon clouds at Medak district in AP
Photographs: Krishnendu Halder/Reuters

Among 104 countries, India is ranked at no. 45. It fares dismally in terms of education and health -- ranking 86th and 88th respectively -- and has an average ranking in the fields of governance and personal freedom (41st and 47th rank).

But India gets an astoundingly high score in the field of social capital -- it is ranked at the 5th slot.

"India's high ranking in this category is mainly a product of the high membership rate of its citizens; between 59 per cent and 68 per cent of the population report that they belong to a variety of community organisations," states the index 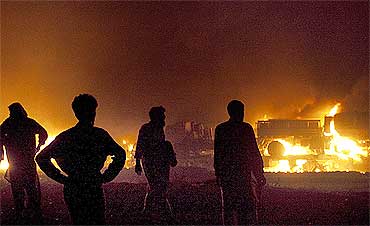 Image: A convoy, which was carrying supplies to NATO forces in Afghanistan, was set ablaze near Islamabad
Photographs: Adrees Latif/Reuters

Pakistan figures among the last five nations on the list. The country, which is often branded as the most dangerous place on earth and is a hotbed of terror activities, ranks at the 104th slot in terms of safety and security.

"There have been high numbers of casualties due to internal violence and ethnic strife. Figures also indicate that there is widespread state-endorsed violence against political opponents," says the index.

The index adds, "In a setting of extreme political and regional instability, freedoms of movement, religion, and speech are nearly non-existent in Pakistan." It ranks Pakistan at the bottom of the rung in this category -- at the 104th slot. 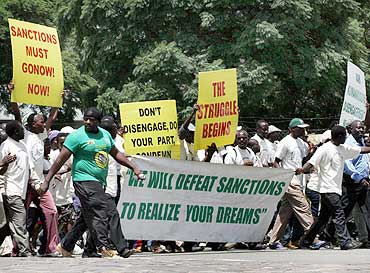 This south African nation, formerly known as Rhodesia, ranks at the bottom of the list, at the 104th slot.

Zimbabwe has witnessed a complete breakdown of its economy and intense political turmoil in the last few years. Even after a three-decade rule, President Robert Mugabe has refused to give up power, and his long stint as the head of the state has been marked by rampant human rights abuses, corruption and the imprisonment of political opponents.

Zimbabwe ranks poorly in all fields, especially in governance, safety and security and personal freedom. 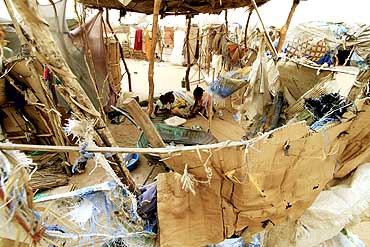 The strife-torn nation of Sudan gets the second lowest ranking in the index. The African country, which has been bleeding due to a prolonged civil war in the southern region of Darfur, suffers from an escalating human crisis due to wide-scale internal displacement.

It ranks poorly in most categories including safety and security (103rd), personal freedom (96th) and governance (95th).

The average Sudanese also has an extremely low level of life satisfaction and has to battle extreme corruption in every walk of life, says the index. 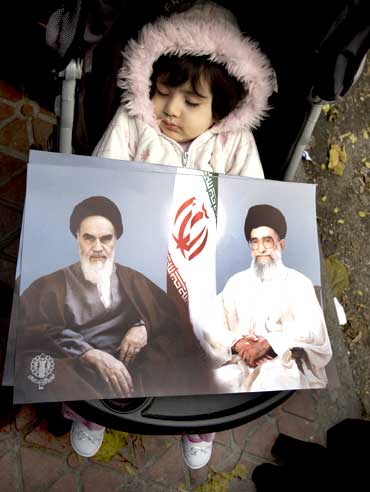 Image: Placards with images of Islamic leaders Khomeini and Khamenei are placed on a sleeping girl
Photographs: Caren Firouz/Reuters

Iran, which has attracted international ire over its nuclear programme, ranks very low in the index. At the 94th position, the Islamic nation fares poorly in the fields of governance (102nd) and personal freedom (101st).

"As a theocracy, freedom of religion is greatly limited in Iran, and freedoms of speech and movement are also very low," observes the index.

Iran had hit the headlines when the government ruthlessly crushed protests against the re-election of President Ahmedinejad, and reports surfaced about political opponents being imprisoned and tortured. The index adds, "In Iran, the legal and judicial systems are underdeveloped, and laws are not always applied fairly and universally." 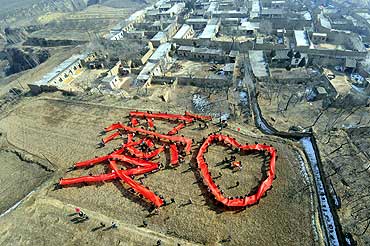 Ranked at an unenviable 75th position, China finds itself among the countries with lower than average rankings in the index.

In spite of its stupendous economic growth, the Communist nation has a long way to go in developing its democratic institutions (100th rank) and governance (93rd rank).

"The law in China is sometimes enforced arbitrarily, and with varying quality, ranking the country below the international average of 63rd," says the index.