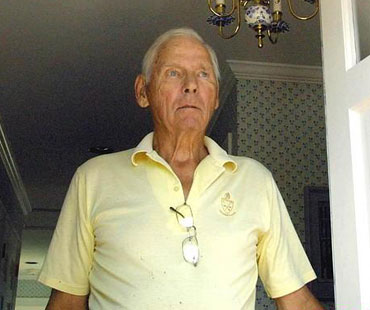 Image: Since he was declared absconder in 2002, Anderson was not part of the case in which 8 were convicted on Monday

As a Bhopal court convicted eight people on Monday, June 7, for the worst-ever industrial disaster, we reproduce the global scoop:

Warren Anderson's home in Bridgehampton, New York, militates against the notion of a hiding place.

Located on a street that runs off the main road, the gates of the house are open. As you enter, the neatly trimmed garden flowers, alternatively red and white, vie for attention with the sparkling vintage Buick Roadmaster parked outside the door.

If you stroll around the house, you come upon a large freshly cut lawn with two full-size beach chairs. The curtains in the bedroom are drawn. A king size bed with cream sheets and satin blue pillows, flanked by an ornate headboard, has just been tidied.

Anderson and his wife Lillian live in this luxury home in the Hamptons, the weekend resort for the rich and famous. And, occasionally, the infamous.

Anderson has lived here since he was charged with 'culpable homicide' for the disaster at the Union Carbide factory in Bhopal in December 1984 that consumed the lives of over 20,000 people. If Anderson -- then Union Carbide CEO -- is ever extradited to India, he could face charges leading to 10 to 20 years in a dirty, overcrowded, rat-infested Indian prison.

Bridgehampton is an intensely private neighbourhood. An outsider driving around its roads is distinctly discernible and stared at. A five-minute walk from Anderson's home on Ocean Road takes you to the water. A man is perched in his red sports jeep, reading a golf magazine.

"Do you know Warren Anderson?" I ask him.

He looks up, a trifle annoyed at being disturbed. "Yeah. I mean we are not best friends but I know who he is," he says.

I begin to walk away. He stops me and says, "You know, yesterday there was this woman outside his home with a poster saying 'Go back to India'."

"Nope. That is his business,' says the gray-haired man, and goes back to his magazine.

Anderson was clearly upset he had been found 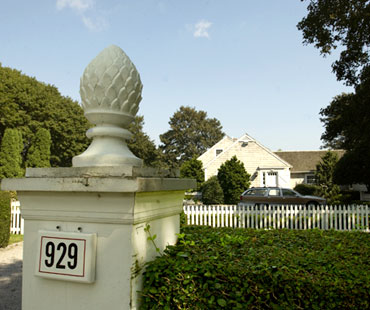 Image: The Andersons' luxury home in the Hamptons, NY
Photographs: Paresh Gandhi in New York
The woman with the poster was Diane Wilson, a shrimp farmer from Texas who now spends most of her time holding protests against the former CEO of Union Carbide, now a part of Michigan-based Dow Chemicals.

Anderson clearly believes it is not any of his business either.

When a rally of more than 1,000 protestors stood outside his home last week, he stepped outside to speak to them.

"Yell at them is more like it," says Arvind Rajagopal, professor of media at New York University who is involved with the Bhopal awareness campaign in this country. "He said, 'Get your facts right. They bulldozed the clinic we built'. That is bullshit. No clinic was bulldozed. In fact, the only clinic they built is still there in Bhopal."

Anderson is clearly upset he has been found.

It was detection work not by an investigative journalist but by a campaigner for GreenPeace. Casey Harrell left his office in Washington, DC, early one morning to drive to New York. He knew it was going to be an exciting day.

After weeks of research, he had located the address of Anderson's $900,000 home, declared unknown by the American and Indian governments. Harrell wanted to meet Anderson and serve him the arrest warrant issued 10 years ago by a Bhopal district court.

August 28, Harrell sat inside his car with a colleague. A day before, photographers from London's Mirror newspaper had shot a picture of a visibly disconcerted Anderson.

Anderson's Cadillac pulled into his house. Harrell waited. Anderson was rinsing the gravel off his car when Harrell, with a mini camera on him, made his move. Guessing the nature of Harrell's visit, Anderson said, 'Oh, Mr Anderson is not around right now. What do you want with him?'

Harrell, while recognising Anderson, replied he had some questions to ask the owner. Right after, an elderly woman driving her car stopped outside Anderson's home. She had noticed the signs of aggravation on Anderson's face.

'Hey, Anderson! Is anything the matter?' she called out.

"It was then that Anderson got really agitated," recalls Harrell.

"He told the lady not to mention his name and ran inside the house. I started to run after him. Fortunately, as he was about to close the door, I stuck in my foot and threw the warrant inside."

Anderson's neighbor approached Harrell. 'You are mistaken. He is Warren McLaughlin, not Warren Anderson.' Seeing that her listener was not convinced, she raised her voice in exasperation and repeated, 'Don't you understand? He is not the former Union Carbide executive.'

Harrell smiled. 'Ma'am, I never said anything about Union Carbide.'

'Oh my!' gasped Anderson's helpful neighbour and sped away in her Lincoln. 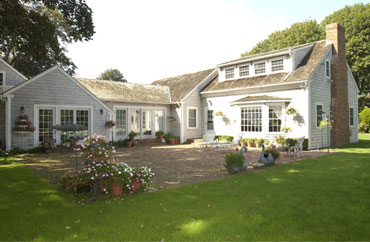 Photographs: Paresh Gandhi in New York
For Harrell and those actively involved in helping Bhopal's victims receive justice, this was a symbolic act. In the 18 years that have passed since the tragedy, little has been done for the families that continue to suffer the long-term consequences of the toxic gas leakage that led, among other things, to severe contamination of the groundwater. Ninety per cent of the victims are said to have received less than $500.

Victims' groups have mobilised themselves under the leadership of Satinath Sarangi, a 48-year-old survivor. In 1997, he met Raj Sharma, a lawyer who had just graduated out of the American University Law School.

While in college, Sharma took a course offered by a visiting professor, Upendra Bakshi, that informed him about the legal history of the Bhopal accident.

Sharma was hooked. He decided to leave for Bhopal following his graduation.

"The scene in Bhopal was very bad. There was a situation where one person was dying every day. The long-term consequences were beginning to set in, most strongly in women, such as severe menstrual irregularities, birth defects in the children of survivors and such," says Sharma.

Two years later, Sharma filed a lawsuit in the US against Union Carbide and Anderson, and has been litigating since.

Even as he is impressed by the will of the Bhopal victims to pursue justice, he expresses shock at the behaviour of Indian government officials.

"The Indian government refused to put in even a single line or letter for us. They did not want to be embarrassed in front of Union Carbide, embarrassed to be supporting their own people. I had heard of the government's collusion with the company before I left for Bhopal. I said to myself, 'Don't be naive, this cannot be true,' until I saw it happening with my own eyes," says Sharma.

'We are more concerned about our dinner party than the victims' 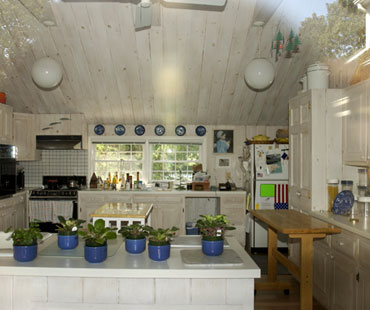 Photographs: Paresh Gandhi in New York
The lack of Indian political will has a lot to do with economics, claim those involved with the movement. "The Government of India is bending over backwards to appease Union Carbide, now Dow Chemicals. They are very afraid of creating a negative environment for international corporations in line to invest in India," believes Rajagopal.

India's Central Bureau of Investigation, the prosecuting agency, recently filed papers to reduce the charges against Anderson, much to the outrage of activists fighting to bring him to India for trial. But the Bhopal high court judge rejected the CBI papers, reasoning that Anderson had not applied to any Indian court to dilute the charges against him.

In a 1989 settlement, Union Carbide paid the Indian government $470 million as damages. The amount had scaled down from the $3 billion originally sought. But some victims are still waiting to receive their share of the money.

When a Channel Four reporter from London landed at Anderson's home last week, he found Lillian Anderson on the front lawn.

'It is not Union Carbide's fault,' she told the reporter. 'Union Carbide has been good to them. You just do not understand. We did all we can.'

When the reporter urged her to answer more questions, she excused herself to prepare for a dinner party that she complained was 'not even catered.'

"This is essentially saying 'we are more concerned about our dinner party than discussing the lives of hundreds and thousands of people that continue to suffer in the aftermath of the disaster. Leave us alone because we have to go and live our nice life,'" Harrell said.
Print this
article
ALSO
READ
MOST
RECENT