25 years on, lives are still 'poisoned' in Bhopal 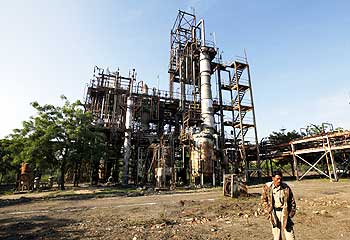 Image: A security guard walks in front of the Union Carbide plant in Bhopal, which in December 1984 developed a toxic gas leak resulting in the death of thousands of people
Photographs: Reinhard Krause/Reuters

They also accused the Centre and the state government of being responsible for not extraditing former Union Carbide chairman Warren Anderson. ... 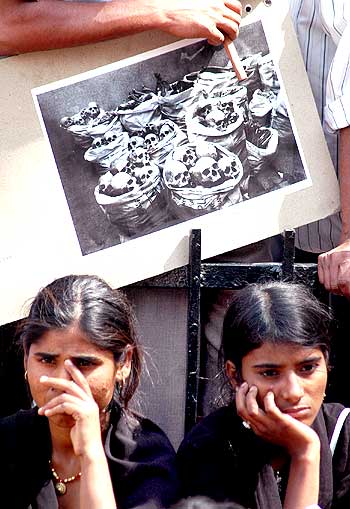 Image: Bhopal gas tragedy survivors who marched from Bhopal to delhi sitting in dharna during a demonstration near Parliament
Photographs: Ranjan Basu/Saab pictures 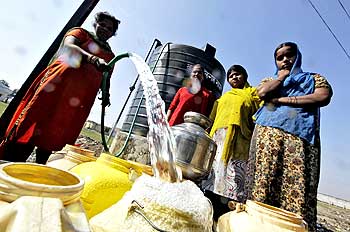 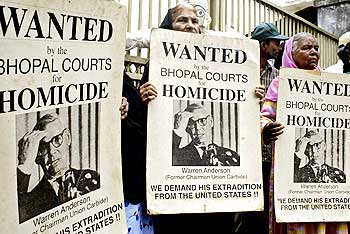 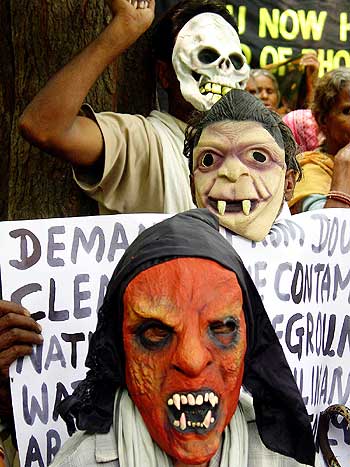 Image: Bhopal gas tragedy victims demanding life-long pension for the victims and clean up of the hazardous waste stored in the factory premises in Bhopal, in New Delhi
Photographs: Dijeshwar Singh/ Saab Pictures 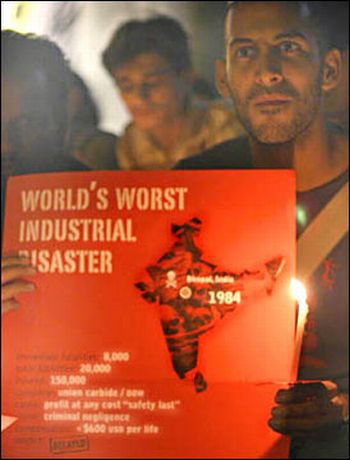 Image: File photot of a candle-light procession in memory who lost their lives in the tragedy
Photographs: Jewella C Miranda