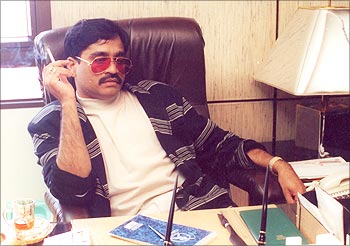 India has on several occasions handed out lists of most wanted criminals to Pakistan. A similar list formed part of the dossier which was handed over to Pakistan following the 26/11 terror attacks.

Similar dossiers have been handed over to Pakistan in the past and most of the names on them remain largely unchanged. In fact, if one looks at the list, it is evident that Pakistan has not yet handed over those persons involved in the Mumbai serial blasts or even those who participated in the Kandahar hijack. What is worse is that India is still unable to extradite even the Khalistani terrorists who currently enjoy the Pakistani establishment's patronage due to their close links with the Inter-Services Intelligence.

Vicky Nanjappa lists the names of terrorists India has been seeking, along with some names that India should go after, so that further terrorist strikes can be curbed. 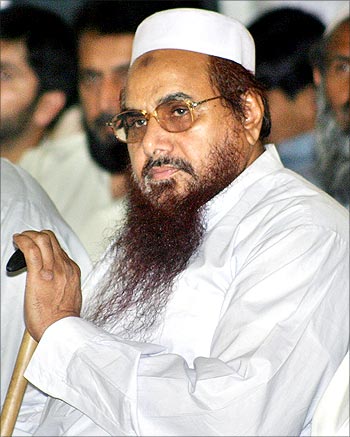 Hafiz Mohammed Saeed,the big boss of the Lashkar-e-Tayiba, is back in the limelight once again post 26/11.

Saeed heads the Markaz Dawa wa'al-Irshad, which is the patron of the Lashkar-e-Tayiba. His rise took place during the regime of Zia-ul-Haq. Saeed coaxed Haq to grant land at Murdike near Lahore for the Lashkar's activities. He raised cadres at Muridke and also raised funds for Haq's ISI's campaign against the Soviet Union.

In 1991, Saeed set up the Lashkar which gave the ISI a major role in terror-based activities in the Kashmir Valley. Interestingly, on paper at least there were no cases against Saeed till the Indian investigating agencies were able to ascertain post-26/11 that he was the chief planner of this dreaded operation.

Abdul Karim Tunda: A top field operative of the Lashkar-e-Tayiba, this man is the most sought after since he headed the outfit's Indian operations. He was given the nickname 'Tunda' after he had injured his left arm permanently in a bombing incident. Apart from recruiting over a 100 youth for the Lashkar, Tunda is also named in the 2005 Delhi blasts and the 7/11 local train bombings in Mumbai.

Anwar Ahmed Haji: Haji has a bounty of Rs 5 lakh on his head. A known Lashkar operative who had planned several terror strikes in India, he underwent arms training in Pakistan and planted an explosive laden suitcase at Hotel Airport Centaur in Mumbai which resulted the death of two persons. 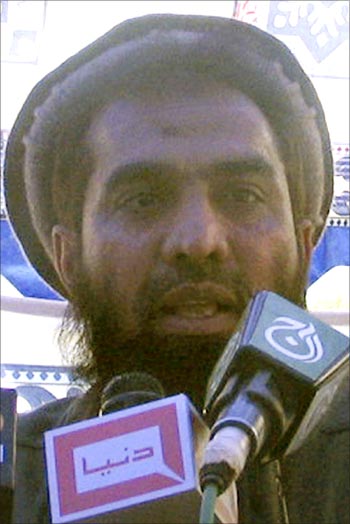 Image: Zaki-ur-Rehman Lakhvi
Photographs: Reuters/Abu Arqam Naqash
Zaki-ur-Rehman Lakhvi: The mastermind behind the Mumbai attacks. Referred to as chacha (uncle) by all cadres of the Lashkar, including Ajmal Kasab, the lone surviving terrorist from 26/11.

Not only did Lakhvi plan and oversee every detail of the Mumbai attacks, but he has been an inspiration for several youth to join the Lashkar.

Mohammed Ahmed Dossa: One of the key persons involved in the Mumbai serial blasts of 1993. Apart from this, the Pakistan-based terrorist was also involved in running a gun business and had carried out and planned several attacks on the Mumbai police.

Amanullah Khan: Based out of Pakistan, this ISI agent worked closely with the Jaish-e-Mohammed. Khan is accused of hatching a criminal conspiracy to destabilise India. More of a motivational speaker, Khan is responsible for brainwashing several Indian and Pakistani youth into taking up arms and spreading terror in India. An interpol red corner notice has been issued against him. 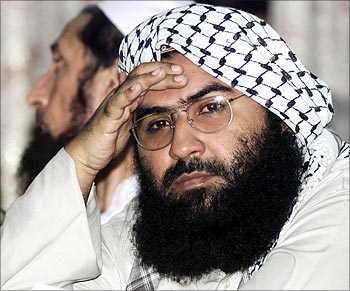 Azhar joined the Harkat-ul-Mujahideen, but was dropped from an arms training programme for being overweight. He stayed on in the HuM as a commander and spread terror in the valley before he was arrested. Following his release post-Kandahar, he started the Jaish-e-Mohammed.

Salim Abdul Gani Gazi: Gazi arranged for a car which was used in an explosion near the Shiv Sena Bhavan in Mumbai in 1993.

Munaf Abdul Majid Halari: arranged scooters in fictitious names which were used in those blasts. 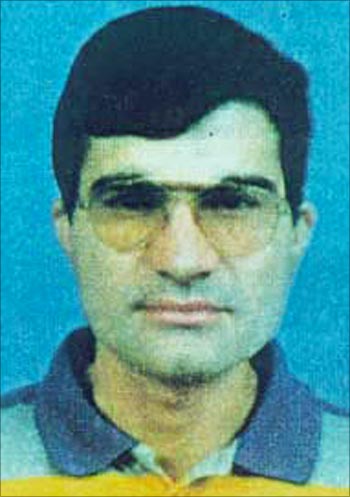 Shahid Akhtar Sayed alias Ram Gopal Varma: This man is an interesting character thanks to the alias that he uses, apparently to hoodwink security agencies. The main charge against Sayed is hijacking the Indian Airlines flight IC-814 to Kandahar in 1999. Apart from being wanted in the hijack case, Sayed is also charged with the murder of one of the passengers on the plane, Rupin Katyal.

Mohammed Yusuf Shah alias Saluddin: Leader of the Hizbul Mujahideen since November 1991, Salahauddin had made an unsuccessful attempt in politics prior to taking up the terror cause. He was a candidate for the Jamaat-i-Islami in Kashmir before he joined the Hizbul. Major cases against him relate to spreading terror in India, especially in the Kashmir Valley.

Abu-Al-Qama: A key accused in the Mumbai terror attack, Qama was present during the training provided by the Lashkar to the gunmen. He also played a vital role in plotting the attack. Fresh news of his involvement with David Headley show his ability to network globally to spread terror.

While Dawood Ibrahim tops this list of most wanted, his cohorts are wanted for similar offences -- the main one being the Mumbai serial blasts. All these persons acted at the behest of the ISI and helped to smuggle the deadly consignment of RDX into India that was used in the serial blasts. 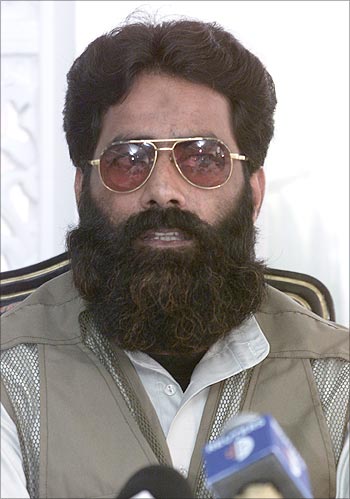 Image: Ilyas Kashmiri, leader of Harkat-ul-Jehad Islami
Photographs: Rediff archives
Ilyas Kashmiri: Intelligence sources say India has to build a very strong case in order to seek Kashmiri's extradition. The gunmen trained with his 313 brigade before embarking on the 26/11 terror attacks. Intellicence sources regard him as the next face of terrorism in India and as long as Kashmiri walks free, security concerns will remain high in India.

Abu Hamza: This man's first mission was the attack on the Indian Institute of Science, Bengaluru. Called back to Pakistan and asked to remain in the Lashkar camp until further orders, Hamza was one of the handlers who instructed the gun men during the 26/11 Mumbai attacks. 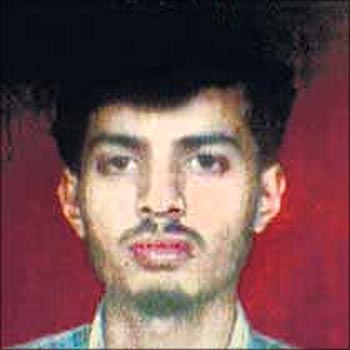 Riyaz Bhatkal: The founder of the Indian Mujahideen in India, this man is believed to be hiding in the Gulf. Bhatkal is responsible for a spate of serial blasts that rocked India in 2008. Intelligence sources say Bhatkal is the ISI's blue-eyed boy and he frequents Pakistan seeking funds to spread terror in India.

Amir Raza: Key IM operative, Raza started off as a recruiter for the Lashkar. He has travelled extensively across the country to recruit youth for terror. Investigating agencies said Raza was in India at the time of the serial blasts and later fled to Pakistan.

Abdul Subhan: Tech chief of the Indian Mujahideen. Subhan was a close aide of Students Islamic Movement of India founder Safdar Nagori, before he was asked to set up the tech cell of the IM. Subhan ensured that the IM was technologically advanced and even had the audacity to send out emails minutes before the blasts at Bengaluru, Ahmedabad and Delhi.

Dr Shahnawaz, Mohammad Sajid and Mirza Sadab Beigh: These three hailing from Azamgarh in Uttar Pradesh were key SIMI operatives. The three men were sent to Pakistan where they underwent training and returned to carry out the Delhi blasts and the blasts in UP. They are believed to be hiding in Pakistan. 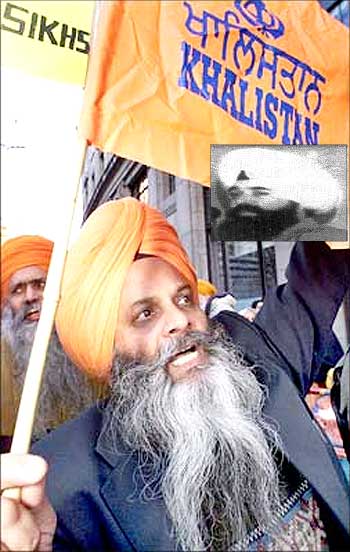 According to Intelligence sources, Rode is aged 50 and lives in Pakistan. He still is active, a major part of which involves fundraising. He is being sheltered by the ISI in the fond hope he could still revive militancy in Punjab.

Paramjith Singh Panjwar: A member of the Khalistan Commando Force, Panjwar is currently in Pakistan where he is working overtime to ensure that the KCF is back in action. This 40-year old was an employee of a cooperative bank in Sohal, Punjab, before joining the KCF. He was appointed KCF commander after Labh Singh, then commander, fled to Pakistan.

Panjwar fled to Pakistan after the government slapped charges under the Terrorists and Disruptive Activities (prevention) Act against him. With Pakistan's help Panjwar managed to relocate his family to Germany and it is believed that they are still holed up there. However, Panjawar slipped into Pakistan and today he is actively involved in drug smuggling.

Ranjith Singh Neeta: This man is probably the most dreaded terrorist from Punjab to be alive and his names still worries Indian security agencies. While the rest of the names mentioned in the dossier are problematic, this man creates worrylines of another dimension.

The founder of the dreaded Khalistan Zindabad Force, he is the ISI's most treasured Indian militant. Intelligence Bureau intercepts show ample evidence that Neeta will help the ISI fight the Kashmir battle.

Neeta started off as a petty criminal and in due course developed contacts with local smugglers. Over the years, he decided to play an active part in Punjab militancy and started the KZF. The IB says this force too was started with the ISI's help. This outfit has created havoc in Punjab and the major cases that are registered against Neeta include a series of  bomb blasts on trains and buses.

Neeta is also responsible for the death of Deputy Superintendent of Police Devinder Sharma. Neeta is actively involved with the Hizbul Mujahideen and his KZF plays a major role in helping ISI-sponsored terrorists fight in Kashmir.

Wadhawa Singh: Founder of the Bababar Khalsa, this man too tops India's most wanted list. He started his battle as a member of the Punjab Naxalite movement. In the year 1978 he found motivation in the Khalistan movement. He then joined the Akhand Kirtani Jatha and later founded the horrific Babbar Khalsa International.

Wadhawa Singh fled to Pakistan from where he ran his his outfit. He has been linked to the ISI ever since he started the Babbar Khalsa. Even now his outfit recieves funds from across the world. Wadhawa Singh has been helping the ISI in planning various terror strikes in India and also battling Indian forces in Kashmir.

Wadhawa Singh is wanted for the assassination of Punjab chief minister Beant Singh. Apart from this, he is also wanted for carrying out various terror strikes in Punjab and for waging war against India.