Why Ansari, Sabahuddin were acquitted

The special court verdict acquitting Fahim Ansari and Sabahuddin, who were suspected to be have done the recee of the November 26, 2008 Mumbai terror attacks, has left the Mumbai police red-faced.

Former Mumbai Police Commissioner M N Singh, while sharing his thoughts on the verdict with rediff.com, said that at this stage the judgment looked very categorical and that one would have to read the judgment completely to give a fair view.

However, with whatever is known about the judgment pertaining to Ansari and Sabahuddin, it is highly unlikely that the state may even challenge the acquittal, Singh said.

The judgment, in so far as Ajmal Kasab is concerned, was never in doubt. The evidence was strong and overwhelming, and there is no doubt about that. However, with regard to Ansari and Sabahuddin, the evidence was tenuous at all times, Singh said.

The evidence largely revolved around the maps that the duo possessed. The prosecution had claimed that the same map was found on one of the terrorists in the attack, he said, adding that the police may have tried to link the two instances, Singh said.

The court on Monday said there were no bloodstains on the map found on the body of the gunman and it looked very fresh. The court seems to have thought that the map was inserted at a later stage.

The court has given good reasons discarding the evidence and the merits of the case have been taken into consideration while delivering the verdict.

When asked whether the David Headley angle to the case and the recee conducted by him could have affected the case against Fahim and Sabahuddin, Singh said, "I would not say that. We all know that Headley has pleaded guilty in court and we don't know anything more than that. Moreover, the court hearing the case in Mumbai was not made privy to the confessions of Headley, so it is not right to say that, the Headley angle would have affected the case."

150 Covid patients shifted in Mumbai ahead of cyclone 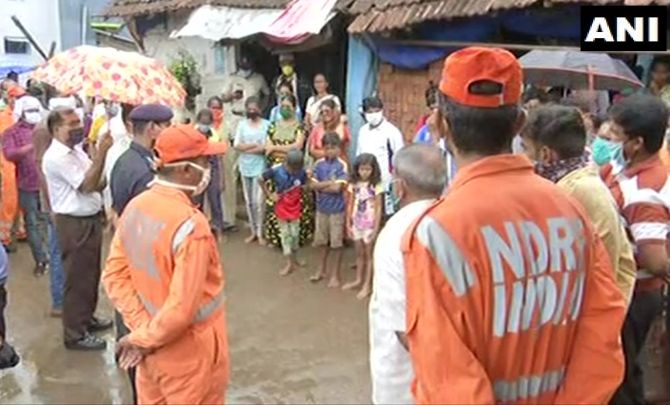 Cyclone Nisarga: Over 21,000 to be evacuated