The Federal Bureau of Investigation arrested two men on Friday on charges of plotting explosions in New York City as a part of an "ongoing terror investigation" trailing the arrest of an Afghan national on similar charges last year.

The suspects, Adis Medunjanin and Zarein Ahmedzay, are linked with the terror plot that was allegedly planned by Najibullah Zazi, a 24-year-old Colorado shuttle driver from Afghanistan, who was arrested and indicted, in September 2009 on charges of plotting to blow up key areas in New York City.

A resident of the Queens borough, Medunjanin (25) is a Bosnian immigrant, who is believed to have accompanied Zazi to an Al Qaeda training camp in Pakistan in 2008. His apartment was one of the four searched by the FBI after Zazi's arrest.

Medunjanin allegedly tried to flee when he saw agents near his home on Thursday and crashed at Whitestone, Queens, sustaining minor injuries. He was taken into custody after being treated at a local hospital.

Medunjanin's attorney, Robert Gottlieb said that the former had done nothing wrong and accused the FBI of seizing his client's passport on Thursday.

Ahmedzay, who is also alleged to have gone to Pakistan for training, was arrested when he was driving a cab in Manhattan. He is a US citizen.

Special Agent Richard Kolko said that these two men were part of an ongoing terror investigation.

According to US authorities, the men lived in the same Queens neighborhood where Zazi once lived.

A spokesman for the US attorney's offices in Brooklyn borough, Robert Nardoza, said that there were no immediate charges against them and they are expected to appear before a federal judge in US District Court in Brooklyn, later on Friday.

Last year, the FBI found that Zazi had purchased "large quantities of hydrogen peroxide" and acetone from beauty supply stores in Denver over three months and said he tried to mix up explosives in a hotel room and then drove to New York to carry out an attack.

They said a laptop with bomb-making instructions was found when his vehicle was searched in New York. Zazi has already pleaded not guilty.

The investigators said they raided several Queens apartments that Zazi visited on the eve of the 9/11 anniversary after driving from Colorado.
Source: PTI© Copyright 2020 PTI. All rights reserved. Republication or redistribution of PTI content, including by framing or similar means, is expressly prohibited without the prior written consent.
Related News: Najibullah Zazi, Adis Medunjanin, New York City, FBI, US District Court
SHARE THIS STORY
Print this article 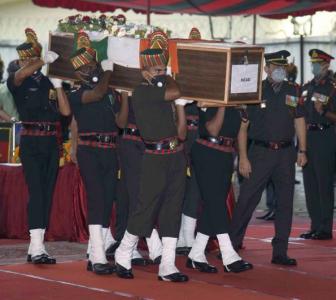