Soon, a temple dedicated to goddess 'English' in UP

A new goddess will be born on April 30 in Uttar Pradesh. On that day, the foundation stone for a temple dedicated to Dalit goddess 'English' will be laid.

According to Chandra Bhan Prasad, thinker-writer and brain behind the 'English' temple, "We hope to complete the construction before October 25, 2010 to open the temple for public on the birthday of Lord Macaulay -- father of the Indian modernity."

The 'English' temple will be built in a village school run by the Dalits.

Prasad says, "We are exploring various forms of architecture for the temple. We are working on an idea where the temple will be open from three sides, and covered by a wall behind the platform on which the statue of goddess 'English' will be mounted. The temple will stand on four pillars. The two front pillars will stand on base-concrete shaped like computers."

According to those behind the plan, the temple will attract poor Dalits to learn English that would help them to earn equal status with urban mainstream India.

Prasad says, "The front steps will be replicas of a computer keyboard. On the rooftop, there will be a fountain pen-shaped elevated object. The roof will unfold like a book. The wall behind the statue will have engraving depicting English alphabets and numbers along with few popular science formulas. The Dalit goddess 'English' temple will be more intellectual in content than spiritual." 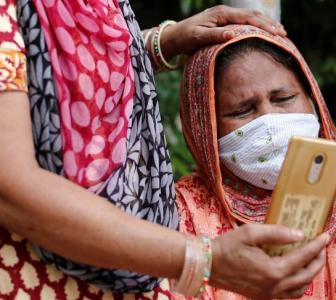