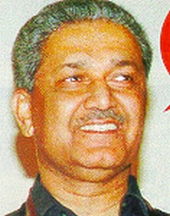 In a damning revelation of Pakistan's nuclear proliferation, its disgraced scientist A Q Khan, the father of the country's nuclear weapons programme, has admitted to the Pakistani nexus in the controversial atomic programme of Iran and North Korea, a media report said on Sunday.

The disgraced 74-year-old Khan, who has been dubbed as the maestro of the world's largest nuclear black market, has made the revelation in a four-page letter addressed to his Dutch wife Henny, the 'Sunday Times' reported today.

The letter was written to his wife after Khan's arrest in 2003. In numbered paragraphs, the letter outlines Pakistan's nuclear links with China and its official support to the atomic programme of Iran and North Korea. The letter also mentions Libya.

On Iran, the letter says, "Probably with the blessings of BB [Benazir Bhutto, who became prime minister in 1988], General Imtiaz [Benazir's late defence adviser] asked me to give a set of drawings and some components to the Iranians. The names and addresses of suppliers were also given to the Iranians."

The paper described the December 10, 2003 letter as extraordinary and claimed its contents have never been revealed before. The paper said that one of its journalists obtained a copy of the letter in 2007.

The newspaper report said the letter was a damning indictment of a generation of Pakistan's political and military leadership, who used Khan's nuclear and missile skills to enhance Pakistan's diplomacy.

On North Korea, the letter said, "[A now-retired general] took three million dollars through me from the North Koreans and asked me to give some drawings and machines."

The newspaper report said the first customer for one of Pakistan's enrichment plants was China which had supplied Pakistan with enough highly enriched uranium for two nuclear bombs in the summer of 1982.

"We put up a centrifuge plant at Hanzhong (250km southwest of Xian)," Khan's letter said. It went on, "The Chinese gave us drawings of the nuclear weapon, gave us 50 kg of enriched uranium, gave us 10 tonnes of UF6 (natural) and 5 tons of UF6 (3 pc)." (UF6 is uranium hexafluoride, the gaseous feedstock for an enrichment plant.)

Khan became an idolised figure in Pakistan from the 1980s onwards because of his success in building a uranium-enrichment plant at Kahuta, near Islamabad.

In February 2004, three years after his retirement, he was accused of proliferating nuclear secrets to Iran, Libya and North Korea. A centrifuge enrichment plant to make highly enriched uranium was the alternative route followed by Khan to an atomic bomb.

In the letter to his wife, Khan rephrased the statement, "The bastards first used us and are now playing dirty games with us."

A Q Khan is a closed chapter: Pakistan