US concerns on Maldives valid: IB 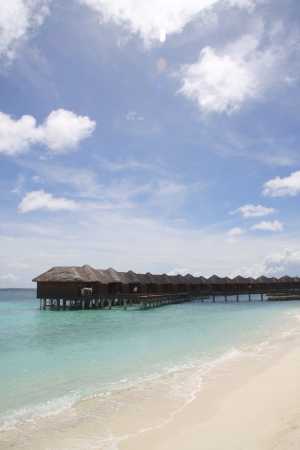 Seconding the US concern over Maldives turning as a terorr hub, Indian intelligence agencies say "there has been a lot of terror activity in the island by terror groups in the last few months".

The Unites States has expressed deep concern over Maldives becoming another terror hub.

Sources said this was a plan that was hatched by the Lashkar-e-Tayiba. However, Lashkar, Al-Qaeda and Jaish-e-Mohammad joined together recently and planned to set up a strong base in the tiny nation.

While Maldives would be used as launching pad to strike at other nations, the command would be based in Nepal and Pakistan, sources said.

Sources also reveal that terror groups have been in constant touch with some Saudi nationals who fund terror in Maldives.  Moreover, terror groups, sources said, realized the sea route is the most suited to launch a terror strike.

Another concern is the rampant radicalization of Maldives over the past couple of years. Extremists, source say, ensured that at least 500 extremist clerics from a foreign country have been sent to Maldives.

"They have been running their schools of hate and have been brainwashing several youth to take the terror path. Over the past one year at least 200 cadres have been taught in these schools and have been sent either to Pakistan and Afghanistan to train in various methods of combat the main being a maritime course," sources aid.

According to several reports, the Lashkar was the first group to make its entry into the Maldives. It had already earmarked over a 100 islands to set up its base.

However, the entry into Maldives was through noble means. When tsunami struck, the Lashkar entered Maldives under the guise of an organisation known as the Idara Khidmat-e-Khalq.

This was a charitable organisation being run by the Lashkar and according to intelligence agencies it was through this organisation that they managed to set up a base.