Our goals are different from China's: Menon 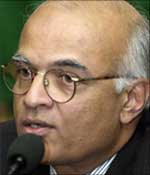 Former foreign secretary Shivshankar Menon on a new book on the the rise of China and the transformation of India.

Chasing the Dragon; Will India Catch up with China?-- is an important book and a timely book. Important because it brings into the open and deals in a precise, academically rigorous and politically objective way with the major geopolitical event of our life-time, the rise of China and the transformation of India. It is timely because it draws policy lessons, and describes the consequences and other effects of this change just when the world is entering a new period of uncertainty as a consequence of the world economic crisis.

Both authors, Mohan Guruswamy and Zorawar Daulet Singh, have the requisite academic and professional qualifications to deal with such a significant but daunting cross-disciplinary topic. The authors have written on India and China relations before, in a book that is probably the best and most up-to-date account of the bilateral relationship and its issues.

When reading the book, one cannot but ask whether they have posed the right question in the title? I am not so sure. I am not sure that our goal in India should be or is indeed to "catch up with the dragon". I thought our goal was to build a modern, secular, democratic society and economy in which each of us could achieve our full potential. I am not sure that those are the terms in which the "dragon" would describe its goals. But the question as posed is valid as a purely economic exercise if one sets aside the differences of values and therefore of structure and of system and of goals between India and China.

What Guruswamy and Daulet Singh do very usefully is to examine the evolving pattern of China's development and links with the world economy, and her interdependence with the G-3 (USA, Japan and EU). The heart of the book is Chapter 6 called "Lessons for India; A Strategic Economic Policy for India", which should be required reading for all Indian policy makers. They rightly stress the importance of education, job creation and comprehensive infrastructure if India is to live up to her promise.  Their main conclusion: India could catch up with China if she draws the right lessons and takes the necessary steps.

I will not speak about the economic aspects as there are those here with real qualifications to do so. Instead I do have two suggestions on political aspects of issues in the book.

# The book has admirable rigour and calm and objectivity. But Chapter 8 on the Post Crisis Challenge lacks that rigour and calm of the rest of the book. And yet this is the key to answering the question in the title of the book, and will decide whether or not India's economy catches up with China's.

How the global economic crisis changes the world economy within which we operate, and its geopolitical consequences, will determine our future. At the very least, as the authors point out, the crisis has changed the rather facile assumptions about growth and other trends continuing indefinitely. But to criticize the authors for not being more precise at this stage when we are in the midst of the crisis itself is probably unfair. But perhaps they could look at this aspect again as things clarify. The world still has a long way to go in terms of working out and addressing the structural causes that caused the crisis.

For the present, all one can say is that I agree with the tentative conclusions drawn by Guruswamy and Daulet Singh about the effects of the crisis on China and India's prospects. It clear that the world economy will not return to the globalization and rapid growth of the nineties and earlier part of this decade. So far it appears that the crisis, while posing short term problems of economic management to China and India, could accentuate the relative rise of China, while increasing total uncertainty, and therefore instability in the international system. It would be good to have a detailed analysis of this, or at least to start a discussion among ourselves on this aspect.

# Secondly, the book left me wanting more and a detailed analysis of the geopolitical consequences of the rise of China and India. China's historically unprecedented economic rise has changed the political and strategic landscape in Asia and could do so for the world. The authors have now written one book on India-China relations, and one on the Indian and Chinese economic experience and prospect. To complete the picture I hope they will do one on the strategic and political implications, bringing together what they have done so far and taking the analysis one step further. For instance, there are useful sections in the book on China's rising defense expenditure (page 39), and energy strategy (page 35), both of which have major geopolitical effects for India and the world, and which deserve more detailed examination.

In effect I am asking for a third volume from the authors to follow up the two on India and China that they have already written. I realize that I am being greedy in asking for more. But the reason I do so is because there is such a gap in the quality of Indian economic analysis of China, and the political and so-called strategic writing on China that we produce. The economic analysis is first rate, and can hold its own in the world, even as our concerns and take on China, both developmental and as a neighbor, are largely our own. But this is not true of the writing and comment that we see in India on the political and strategic aspects of the rise of China.

In the recent past we have heard much uninformed and alarmist comment on China, some of it from people who knew better when they were in government, but who seem to think that they know even better now that they no longer have access to the facts. I am amazed at the confidence with which assertions are made about present and future Chinese behavior on our borders, despite Government at the very highest levels and the Army Chief having made the facts clear. Dates for a Chinese invasion are postulated in editorials, and negative comments on our defense preparedness are made with seeming authority but total disregard for reality.

Our relationship with China is one of our most significant. It includes strong elements of cooperation and agreed means to deal with the serious issues that divide us. Only yesterday we were reminded how serious and sensitive some of our issues with China are when the Chinese Foreign Office made gratuitous and unnecessary comments on an integral part of India, Arunachal Pradesh. As China changes and grows, so do her capabilities and her behavior. In the recent past, not all these changes have been positive or constructive, or in the interest of the smooth development of India-China relations.  Prudence, self-interest and reason require that we in India analyze these changes coolly and rationally, and devise responses that maximize the pursuit of our interests. If the rise of India and China is the major geopolitical fact of our times, how we handle India-China relations must also be a major test of our statecraft.

I suppose one could argue that people are free to hold and air their opinions. Of course they are, and only debate will help us develop a healthy policy. But this debate cannot be in disregard of the facts. More important, I am not sure what national purpose is served by crying wolf repeatedly. Surely the answer to changed circumstances and fears aroused by the rise of China or changes in Chinese behavior is to suggest solutions and to find responses. Instead, we have a spectacle of breast beating, whining and wailing in some quarters that must give joy and assurance to anyone who might wish India harm.

In the rather overheated atmosphere which seems to have overcome our discussion of China and our immediate periphery, this book is a welcome cold shower of reason, of restraint and of realism. There are important lessons here for the economist, on the process of development, and for the political scientist and the strategist. Most of all, this book is to be welcomed as a rational analysis of the rise of China and India.