Time to turn on pressure on Pakistan: India 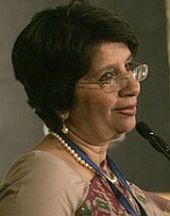 India on Wednesday urged the international community to bring pressure on Pakistan to implement its commitment to act against terror groups within its territory.

It also pledged to "invest and endure" in Afghanistan for peace, democracy and development there.

"The international community should put effective pressure on Pakistan to implement its stated commitment to deal with terrorist groups within its territory, including members of Al-Qaeda, Taliban's Quetta Shura, Hizb-e-Islami, Lashkar-e-Tayiba and other like-minded terrorist groups," Foreign Secretary Nirupama Rao said in New Delhi.

"India has already made up its mind -- invest and endure, because we believe in the cause of peace, democracy and development in Afghanistan," Rao said in her concluding remarks at a two-day international seminar on 'Peace and Stability in Afghanistan: The Way Ahead'.

She said that unless terror groups operating from Pakistani soil are eliminated, the gains made in the past eight years in the war on terror would be compromised with and the situation could return to the pre-9/11 level.

"The world has come to realise, at considerable cost, that terrorism cannot be compartmentalised, and any facile attempts to strike Faustian bargains with terrorists often result in such forces turning on the very powers that sustained them in the past," she added.

Observing that a sense of defeatism pervaded certain sections of international opinion on terrorism, Rao said it needed to be guarded against, because it ran the risk of encouraging insurgent groups, besides weakening the authority of the central government and its institutions.

Noting that Afghanistan needed a long-term commitment, even while remaining mindful of the challenges, the Foreign Secretary expressed the hope that friends of the Asian country too would "invest and endure" like India had decided.

"The challenge from a resurgent Taliban and Al-Qaeda is real, and it is one that threatened us all. When we speak of recommitting ourselves to helping Afghanistan defeat the forces that seek to destroy all that has been achieved since 2001, it is important to recognise that all of us have an abiding interest in the success of this endeavour (to ensure peace)," she added.

The success or failure of the endeavour to ensure peace and development in Afghanistan had consequences that extended far beyond individual nations, or even this generation, Rao said, adding that any discussion on the Asian neighbour would be incomplete unless the voices of its friends who have a vital stake in ensuring its stability and reconstruction were heard.

She said the interests of India and Afghanistan converged. New Delhi had already committed to a $1.2 billion assistance programme, which included the construction of the Salma Dam on the Hari Rud River in Herat as also the Afghan Parliament building, Rao added.

"Both the projects should be completed by the end of 2011," Rao added.

Referring to the recent presidential elections in Afghanistan, the Foreign Secretary said the post-poll period provided a fresh opportunity for a renewed commitment by the international community towards rebuilding the country.

"Soon after the inauguration of the new government the international community and the Afghan government should come together to configure the contours of their partnership for the next five years," she said.

Observing that the failure to stabilise Afghanistan would entail a heavy cost for both the Afghan people and the world at large, she said the responsibility of institution-building and governance was on the shoulders of the Afghan people.

"This is the last opportunity for the country to extricate itself from its endemic entanglement with violence and under-development and settle on a track of stability and sustainable progress," she added.

India, Rao said, also supported the idea of enlarging the Afghan National Security Forces and developing it into a professional manner, at a much faster pace.

"ANSF should be provided appropriate resources, combat equipment and training," she added.