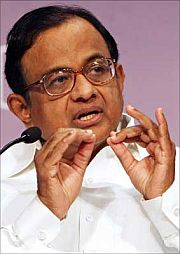 The Centre has asked the states to convert all single-teacher schools into at least three-teacher institutions as there are a large number of qualified teachers in the country who are jobless.

Union Home Minister P Chidambaram said in Sivaganga on Sunday night that though there were a large number of qualified teachers in the country without a job, nearly half of the about eight lakh schools were being run on single-teacher concept.

Speaking at a function in Tamil Nadu College of Education at Karaikudi near Sivakasi, he asked all state governments to take steps to put an end to the single-teacher schools.

Will respond befittingly to any terror strike: PC