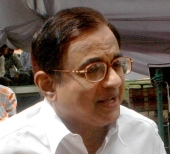 A Coimbatore-bound Jet Airways plane with Union Home Minister P Chidambaram on board returned to the Chennai airport on Friday due to a technical problem that developed mid-air.

The problem was detected while the flight was mid-air, following which it flew back to Chennai, airport officials said.

Later, the passengers including Chidambaram were put on another Jet Airways flight which left for Coimbatore, they said.

Source: PTI© Copyright 2020 PTI. All rights reserved. Republication or redistribution of PTI content, including by framing or similar means, is expressly prohibited without the prior written consent.
Related News: Chidambaram, Jet Airways, Chennai
SHARE THIS STORY
Print this article

The fear of a PSU called Jet Airways