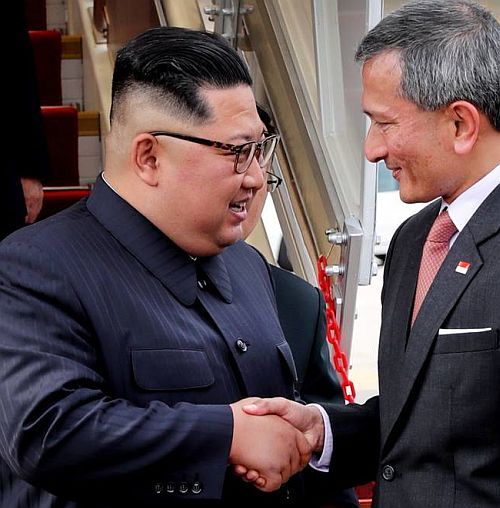 The strong personalities of US President Donald Trump and North Korean leader Kim Jong-un have drawn some 3,000 international journalists for their first-ever historic meeting to be held in Singapore tomorrow.


It is the largest journalist gathering ever seen in an Asian event, surpassing the April summit between the two Koreas.


The successful conclusion of tomorrow's summit will be good for the Pacific Region and could play a key role in defusing tensions between the two Koreas as well as between the US and North Korea, Wang said.


Kim has taken on a "soft image" and wants the US-imposed sanctions lifted with economic development support in exchange for denuclearisation, said Oliver Hotham, managing editor of the Seoul-headquartered N K News.
Kim has changed his hard and tough stance, he added. Trump, on the other hand, is looking for political and diplomatic victories from the summit by reaching out a peace pact with the North Koreans, he said.


The summit is likely to work towards a similar situation of the 1990s when Washington lifted trade sanctions on Vietnam, setting the pace of economic prosperity of the former foe, recalled Ngyuen Thi Thuc, journalist with Ho Chi Minh City-based Thanh Nien.


Likewise, it is time for Kim to open up his country for the economic development and the US to lift sanctions and support trade activities, she said. -- PTI