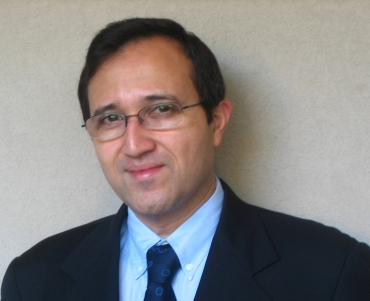 Nearly 20 years ago, Nikhil Dhurandhar was chatting at the home of S M Ajinkya, a family friend who happened to be a pathologist working at the Bombay Veterinary College, about a new virus the researcher had found.

In 1983, Dr Ajinkya and his associate Dr A N Mulbagal had discovered SMAM-1 (named after both of them), a virus that infected chickens. But they were intrigued that the infected animals, instead of being emaciated as most sick animals are expected to be, had gained weight.

Dr Ajinkya told Dr Dhurandhar the chickens had big livers and pale kidneys with fat around them while other organs such as the thymus were shriveled.

Dr Ajinkya has spoken to just the right person. For Nikhil Dhurandhar, who was finding his way into research, was the son of Dr Vinod Dhurandhar, the father of obesity treatment in India and the founder-president of the Indian Obesity Association.

Dr Nikhil Dhurandhar, now an associate professor at the Pennington Biomedical Research Centre, Baton Rouge, Louisiana, US, had grown up hearing about fat deposition, weight loss, and how the first could be slowed and the latter speeded up.

After facing much opposition when he suggested that viruses could cause obesity, Dhurandhar took it up and began checking out what SMAM-1 did to chicken fat.

And when humans were tested, 20 percent of the obese people had antibodies to the virus, suggesting they had been infected at some point.

Nikhil Dhurandhar finally won a young scientist award from the National Institute of Nutrition in India for his research on the prevalence of obesity in Mumbai.

But he convinced one researcher, Richard Atkinson, and so moved with him to the University of Wisconsin in 1994. Finally ready to go, Dhurandar tried to import SMAM-1 viruses from India, but his request for the same was rejected by the US Department of Agriculture.

Disheartened but not discouraged, he decided to see if there were viruses in the US that were associated with obesity.

Serendipity led him to adenovirus-36 (AD-36), one of the 50 viruses associated with cold-like symptoms. He found that, like many viruses, AD-36 encouraged the cell it was in to divide.

But he found that this virus also targeted fat cells, unlike other viruses that give them a wide berth.

The viruses then infect stem cells which are not differentiated into specialised cells yet and convert those into fat cells.

And he has seen the effect when the virus was included in cultured tissue and, indirectly, when people became fat.

Dr Dhurandhar says there could have been an evolutionary advantage in it for the virus and for early humans because storing fat ensured survival in a time when food is hard to find. This would ensure both the virus and its host survive.

But this is no longer true in modern times where fat is not in shortage. And AD-36 antibodies was associated with 30 percent of the obese people but only 11 percent of lean people.

But even those 11 percent were significantly heavier than 89 percent of non-obese, he says.

Now studies have shown that children in Korea and the US tend to be fatter if they have antibodies for the virus. And canine distemper virus, Rous associated virus 7, and Borna disease virus, among others, have been shown to be associated with obesity.

Dr Dhurandhar cautions that there are many causes for obesity but only two solutions: Eat less and move around more.

"We know a lot about obesity, but don't have an adequate treatment on a community level. We can say a cousin lost weight, etc. But we don't have a cause-effective treatment," he says, adding, "Unlike in the case of diabetes, people often ignore natural factors."

But if infection was a factor, a vaccine developed to treat the AD-35 infection would clean up the problem in about 30 percent of the cases. The infection could be eradicated the way smallpox has been, he says.

Are you fat? Blame this virus!

Satyam: Out of the woods, but miles to go