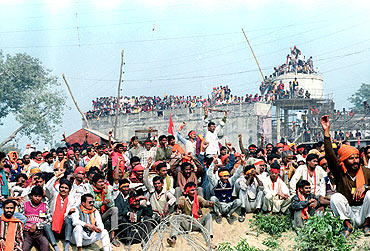 Image: A file photograph of 'karsevaks' listening to speeches by leaders near the disputed mosque in Ayodhya
Photographs: Suni Malhotra/Reuters 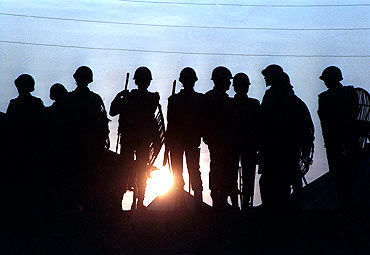 Image: Paramilitary troopers guard a shrine constructed on the site of the razed mosque in Ayodhya
Photographs: Suni Malhotra/Reuters 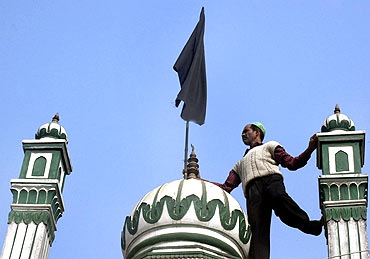 Image: A man hoists a black flag atop a mosque in Ayodhya to observe the anniversary of the Babri Masjid demolition
Photographs: Pawan Kumar/Reuters 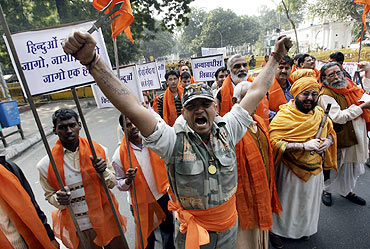 Image: A member from a hard-line group observes the anniversary of the Babri Masjid demolition
Photographs: Rupak De Chowdhuri/Reuters

Image: A woman participates in a rally seeking the reconstruction of the mosque
Photographs: Reuters 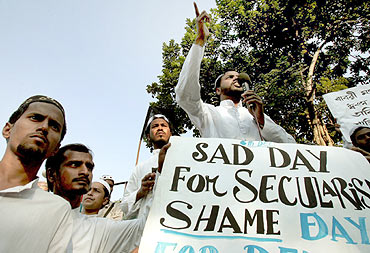 Image: Protests against the demolition of Babri Masjid
Photographs: Reuters 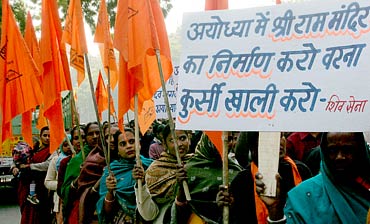 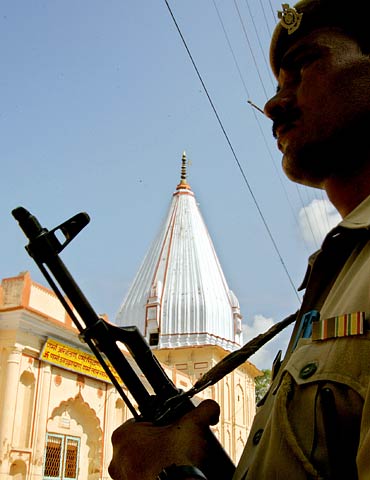 Image: A policeman stands guard outside a temple in Ayodhya
Photographs: Reuters 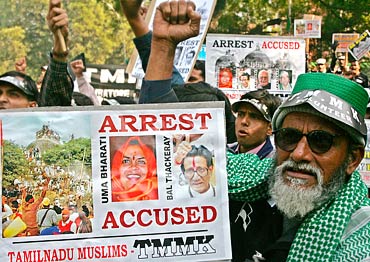