China has responded faster than India on water 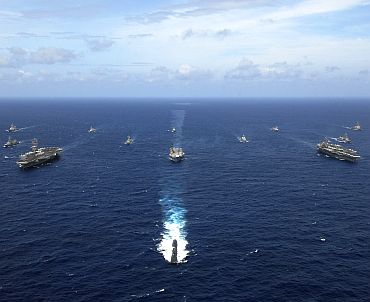 Image: File photo shows naval ships from India, Australia, Japan, Singapore and the United States sailing in formation in the Bay of Bengal during Exercise Malabar 07

C Raja Mohan, Strategic Affairs Editor with the Indian Express, in a three-part series analyses the unfolding geopolitical change in the Indian Ocean and details the challenges that it poses for India's foreign and security policies.

Part I: A new power equation is arising in Indian Ocean

In the second of the three part series, the strategic expert observes that as India moved from the expansive internationalist vision of Jawaharlal Nehru to the narrower worldview of the Indira years, the pursuit of 'strategic autonomy' became an important theme in the Indian foreign policy discourse.

As a new maritime imperative envelops Beijing and Delhi, the political elites in both capitals have had the challenge of reorienting their world view to an outward looking, globalizing maritime strategy. It is no secret, however, that the Chinese mandarins have begun to respond faster and more purposefully than their India counterparts.

What are the specific new challenges that India faces as it become a major power with significant maritime interests and substantive naval capabilities? Let me focus on five broad issues. My emphasis will not be on the technical details of India's maritime strategy. Instead I will focus on the difficult policy transitions that India has to complete.

This involves the resolution of the tensions between the old principles that have been held dear by three generations of Indians and the new imperatives that confront Delhi's decision makers. 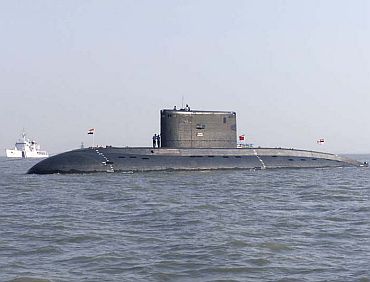 Most analysts of Indian foreign and security policy, whether at home or abroad, would tell you that the organizing principle of India's international relations is the notion of 'strategic autonomy'. It is worth exploring when exactly this phrase started appearing in the articulation of Indian worldview.

Meanwhile, I am quite happy to go along with a recent description of the phrase by a French Scholar, Guillem Monsonis, as a "realist mutation of the traditional non-aligned posture".

My guess is that as India moved from the expansive internationalist vision of Jawaharlal Nehru to the narrower worldview of the Indira years, the pursuit of 'strategic autonomy' became an important theme in the Indian foreign policy discourse.

The Indira Gandhi years saw India steadily retreat from the global economy, become more distrustful of the West, and morph into an insular if not a xenophobic state. As the international system mounted pressures on India's strategic programmes, Delhi's emphasis was inevitably on protecting its much-vaunted strategic autonomy.

The mental leap will not come easily to Delhi's decision makers 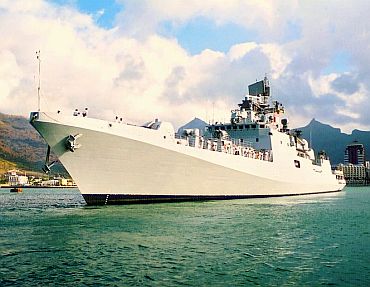 But how credible is the notion of 'strategic autonomy' at a time when the Indian economy is globalizing and is becoming one of world's the largest? Just as the mantra of 'self-reliance' is no longer a hallowed concept in our economic strategy, 'autonomy' can no longer be the organizing principle of our foreign and security policy.

Today India's economic growth and prosperity are tied very deeply to resources and markets outside its borders. As a result, India's own security perimeter has widened rapidly and its interests are more widely dispersed around the world.

Autonomy is for weak powers, which are trying to insulate themselves from the regimen defined for them by the great powers. For many decades, India has seen itself as a weak developing state that must protect its territory, interests and freedom of choice from being trampled upon by the great powers.

If India itself were to emerge as a great power, it is not impossible to see that Delhi's task will be to contribute to the management of the international order and not seeking autonomy from it. The mental leap from being a 'rule-taker' to a 'rule-maker' will not come easily to Delhi's decision makers.

India will have to take a larger role in the region 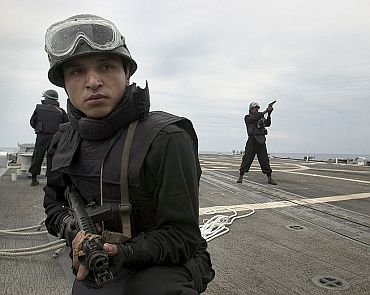 Image: Navy sailor BK Gurung holds his position on the foc'sle of USS Mustin during a visit, board, search and seizure drill in the Philippine Sea

But the international pressure on India to take a larger role in the region and the world will be relentless. As in the case of China, so in the case of India, the compulsion will be to act as a "stakeholder" rather than a 'free rider'.

This will be especially true of the maritime domain, where the weight of the growing naval power is now consequential for the ordering of the security complexes in the Indian and Pacific Oceans.

The first is about the very conception of India's role in the Indian Ocean and the waters beyond. Since independence, India's traditional impulse was to protect its own territory and the waters around it.

The Partition of the subcontinent and the creation of new borders made internal conflict in the Subcontinent a perennial one; the emergence of China as a new land neighbour after its control of Tibet added to India's security burdens.

If India's land forces were weighed down by the defence of its borders, India's naval strategy too was guided by the imperative of protecting the territorial waters and its large exclusive economic zone.

As the logic of economic globalization unfolded over the last two decades, the Indian naval leadership began to invent a new maritime strategy that is in tune with its new circumstances.

What is missing in Delhi is that passion for maritime strategy 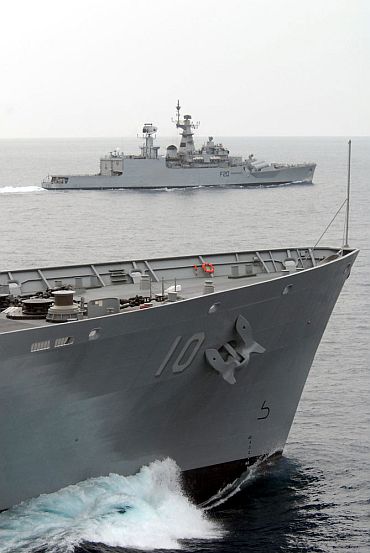 Not surprisingly since the late 1990s, the two Prime Ministers we have had -- Atal Bihari Vajpayee and Manmohan Singh -- repeatedly underlined the expanded geographic scope of India's maritime interests.

The phrases from 'Aden to Malacca' or 'the Suez to the South China Sea' were re-injected into the national security discourse. That this is not an empty talk is reflected in the operations of the Indian Navy that has frequently shown the Tricolour in waters as far apart as the North Atlantic and the South Pacific and from the Mediterranean to the Sea of Japan.

More importantly, anti-piracy activity in the Gulf of Aden (since 2008) and relief operations in the Mediterranean (2006) and the Indian Ocean (2004-05) have underlined the growing capacity of the Indian Navy and the new political will in Delhi to act far from its shores.

Like India, China too is following the logic of what it calls 'far sea defence'. The difference, however, is in the level of political and policy commitment to the construction of a maritime grand strategy.

In China, President Hu Jintao underscored the relationship between Beijing's expanding global interests and the 'historic missions" of the PLA Navy amidst China's rise on the world stage.

What is missing in Delhi is that passion for maritime strategy among its political leadership and the business-as-usual approach by the bureaucratic leadership of the government.

India is yet to promote a naval production base 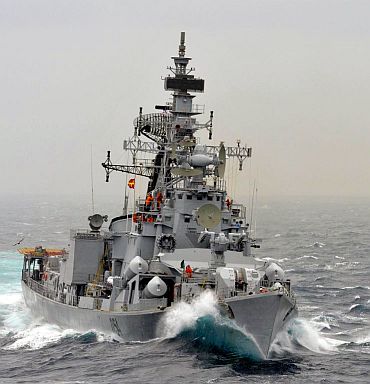 For example, building a blue water navy needs a policy framework to expand capabilities for design, development and production of naval equipment.

Unlike China, which has dramatically expanded the indigenous naval production base, India is yet to promote a sustainable one.

Successful power projection also depends on reorienting the armed forces to develop expeditionary capabilities. Despite two centuries of expeditionary operations under the Raj and half a century of international peacekeeping operations, the word 'expeditionary' remains a taboo in Delhi's discourse.

The notion of 'power projection' continues to sit uneasily with our political classes who feel more comfortable with the old verities of third worldism.

Power projection also needs a more vigorous military diplomacy that can reinforce the Navy's capability to operate far from our shores.

This would mean creation of arrangements for friendly ports and turn-around facilities in other nations that will increase the range, flexibility and sustainability of Indian naval operations.

Does India have the political will and bureaucratic capacity? 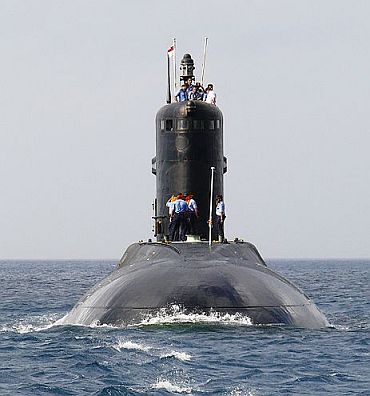 No great power has built a blue water navy capable of projecting force without physical access and political arrangements for "forward presence".

Having long rejected "foreign bases" in the Indian Ocean, it is somewhat discomforting for our political and strategic communities to even contemplate the new imperatives.

The proposition that China is building a 'string of pearls' along vital sea lines of communication in the Indian Ocean has had the merit of forcing open a whole new debate. Some analysts outside India are beginning to talk, somewhat prematurely, of a 'necklace of diamonds' emerging in India's own plans for power projection.

The idea of such a necklace is not new. Sardar KM Panikkar, who remains an inspiration for Indian naval thinking, emphasized the need for a ring of bases in the Indian Ocean to secure the nation. It is not clear if there is the political will and bureaucratic capacity in Delhi today to think clearly about the logic of power projection and the imperatives of forward presence.