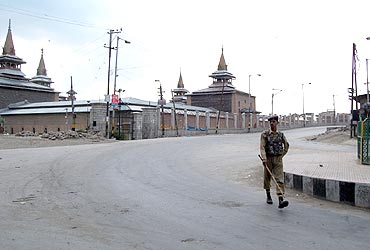 Image: A security personnel walks through the deserted streets of Srinagar as curfew was clamped in few parts of the city on Tuesday
Photographs: Umar Ganie 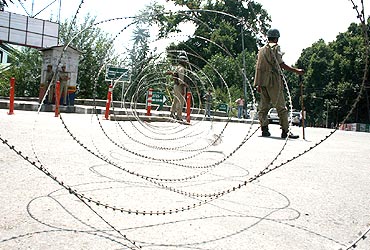 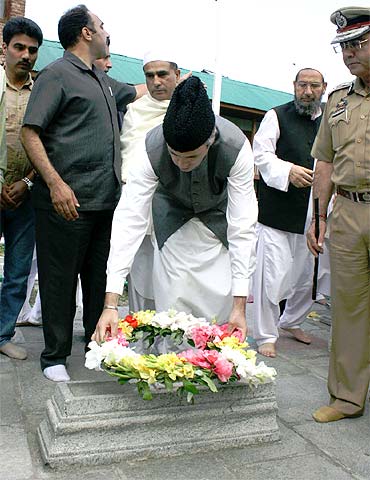 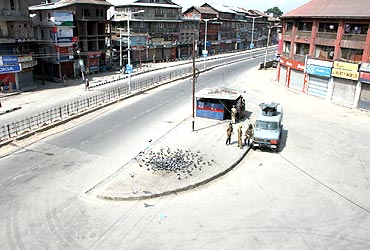 Image: Srinagar bore a deserted look as curfew was clamped in some areas on Tuesday
Photographs: Umar Ganie 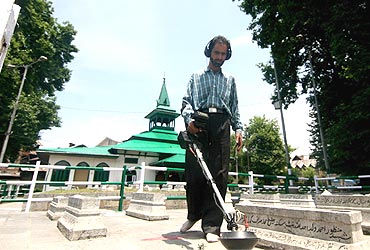 Image: A security personnel examines for any possible explosives at the martyr's graveyard
Photographs: Umar Ganie