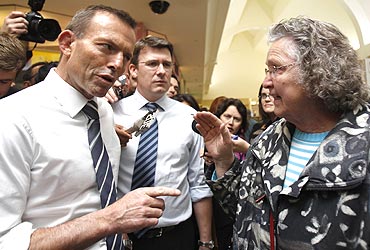 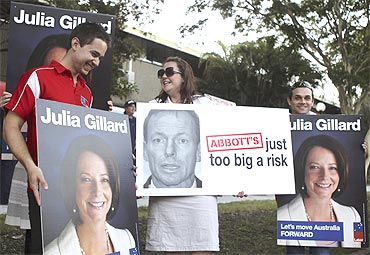 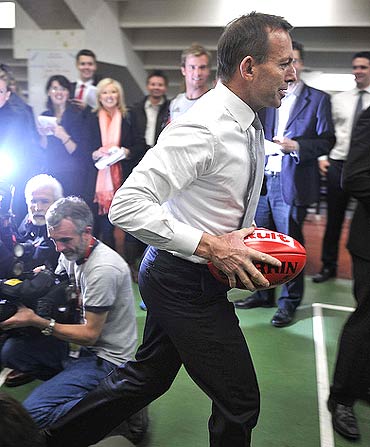 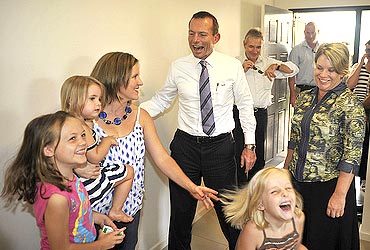 Image: A visit to the Darwin defence housing estate
Photographs: Tony Abbott Flickr web page
If Tony Abbott wins Saturday's general election -- we will know the results on Sunday -- Julia Gillard will leave office after having served only eight weeks as prime minister.