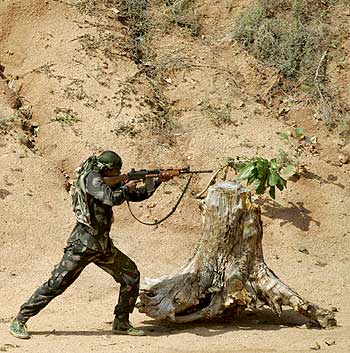 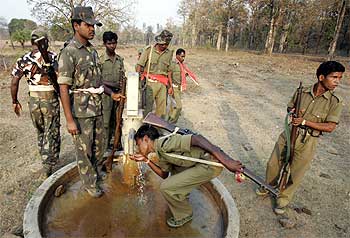 Image: A file picture: Security personnel drink water while patrolling in Maoist territory in Bangapal
Photographs: Reuters
The biggest hurdle was familiarity -- or to be precise -- the lack of it.