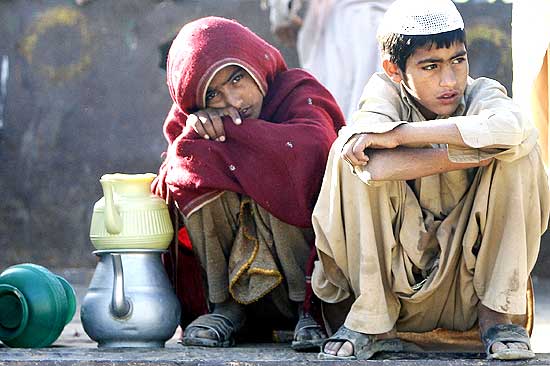 As Pakistan pushes ahead with its onslaught against the advancing Taliban militia in the country's northwest, thousands of residents in the region have been left homeless. Already, according to the UN estimates, over 360,000 people have escaped from the three-worse affected areas of Dir, Swat and Buner. They add that a humanitarian crisis is imminent as Pakistan is facing its worst refugee crisis since the partition of the subcontinent in 1947.

Image: Internally displaced children, fleeing a military offensive in the Swat valley, sit next to their water bowls after arriving in the back of a truck to the UNHCR Jalala camp (United Nations High Commission for Refugees) in Takht Bai village in the North West Frontier Province's Mardan district, 150 km (85 miles) north west of Pakistan's capital Islamabad. 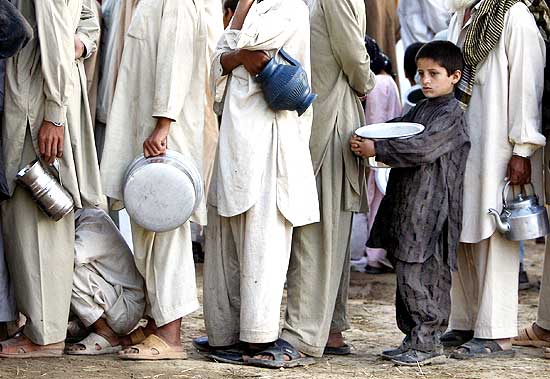 Image: The UNHCR Jalala camp
Photographs: Mian Khursheed/Reuters
An internally displaced boy stands in line with men, fleeing a military offensive in the Swat valley, as they await a serving of tea and bread at the UNHCR Jalala camp (United Nations High Commission for Refugees) in Takht Bai village 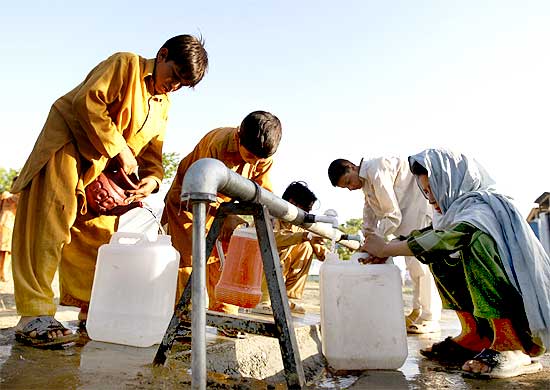 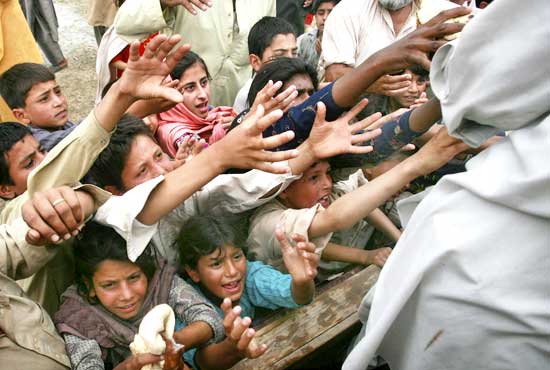 Image: The UNHCR Jalala camp
Photographs: Faisal Mahmood/Reuters
Children, fleeing from military operations in Buner in Swat district, try to get free food at a distribution centre. The struggle in the scenic northwestern Swat Valley has become a test of Pakistan's resolve to fight a growing Taliban insurgency that has alarmed the United States. 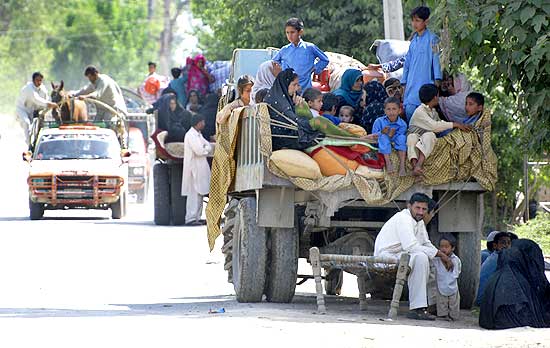 Image: Thousands of people took advantage of a break in the curfew to flee from the region
Photographs: Stringer/Reuters
People flee military operations in Dargahi, Malakand, near the Swat valley. Pakistani aircraft have been pounding Taliban positions in the Swat Valley. 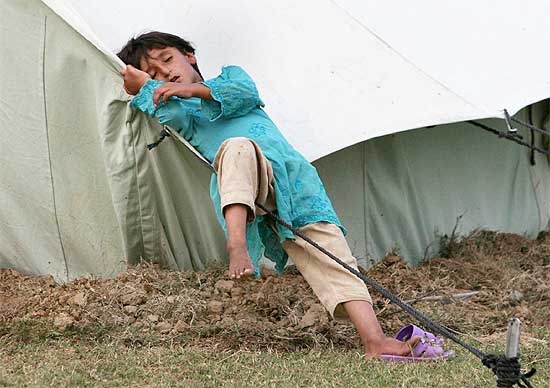 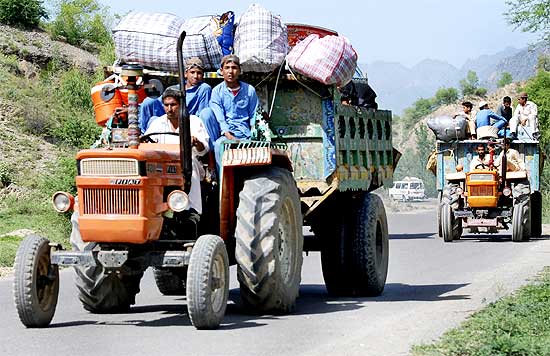 Image: People took advantage of a break in the curfew to flee from the region
Photographs: Stringer/Reuters
Internally displaced people flee military operations in Dargahi, in Malakand, near the Swat Valley. 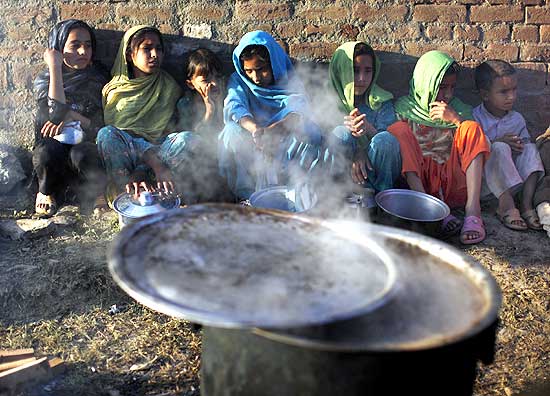 Image: The UNHCR Jalala camp
Photographs: Adrees Latif/Reuters
Internally displaced persons, fleeing military operations in Buner, wait for tea at a UNHCR camp  in Mardan. Interior Minister Rehman Malik on Monday said that the hostilities would displace around 400,000 people and urged the world community to help the displaced persons. 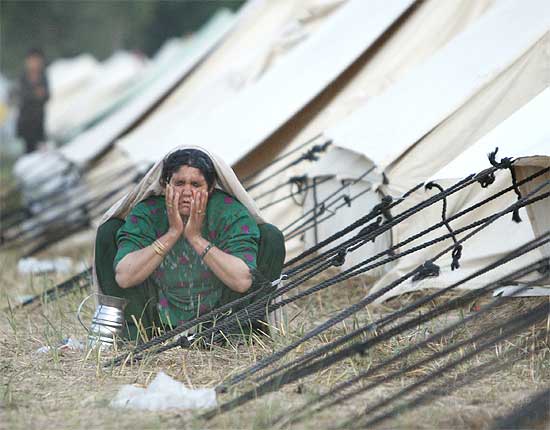 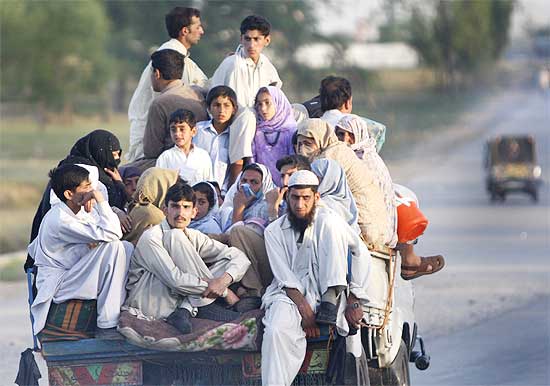 Image: Thousands took advantage of a break in the curfew to flee from the region
Photographs: Stringer/Reuters
Civilians pack a vehicle from Malakand district towards Mardan as they flee a military offensive in Pakistan's North West Frontier Province.
More
Print this
article
ALSO
READ
MOST
RECENT