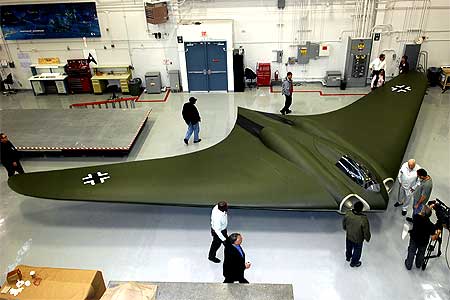 Top stealth-plane experts have re-created a radical Nazi aircraft, a retro-futuristic fighter, which was made during World War II, under the orders of German dictator Adolf Hitler.

According to a report in National Geographic News, to replicate the Ho 2-29, a team from the Northrop Grumman defence-contracting corporation used original Nazi blueprints of Hitler's stealth fighter and the only surviving Ho 2-29, which has been stored in a US government facility for more than 50 years.

The engineers' goal was to determine whether the so-called stealth fighter was truly radar resistant.

In the process, they have uncovered new clues to just how close Nazi engineers were to unleashing a jet that some say could have changed the course of the war.

The all-wing Ho 2-29 looks more like today's US B-2 bomber than like any other World War II aircraft. 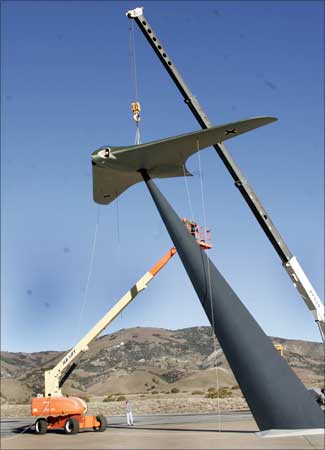 Made primarily of wood and powered by jet engines, the plane was designed for speeds of up to 600 miles an hour (970 kilometers an hour).

A Ho 2-29 prototype made a successful test flight just before Christmas 1944. But by then, time was running out for the Nazis, and they were never able to perfect the design or produce more than a handful of prototype planes.

Determining the Horten's stealth capabilities could help reveal what might have happened if the Ho 2-29 had been unleashed in force.

To determine once and for all whether the Ho 2-29 had stealth capabilities, experts first examined the surviving 2-29 and probed it with a portable radar unit based on World War II radar tech.

It could have changed the course of WW-II 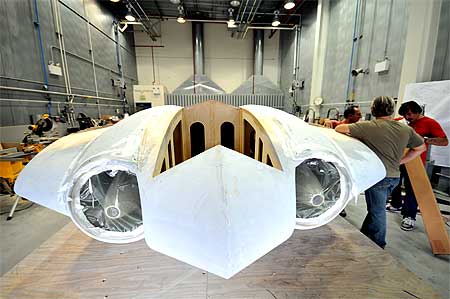 Then, in the fall and winter of 2008, they set about building the full-scale re-creation at a restricted-access Northrop Grumman testing facility in California''s Mojave Desert.

The construction team embraced historic materials and techniques, and the Horten 2-29 replica, like the original, is made largely of wood and bonded with glue and nails.

Unlike the original, however, the replica wasn't built to fly, though it did soar, after a fashion.

The new craft's body was constructed around a rotor, which allowed the replica to be manipulated atop a five-story-tall column.

There, in January 2009, the craft was subjected to World War II-style radar.

Radar tests on the replica show that the plane's radical, smooth design would indeed have given it a significant advantage against radar, according to Tom Dobrenz, a Northrop Grumman expert, who led the Horten replica project.