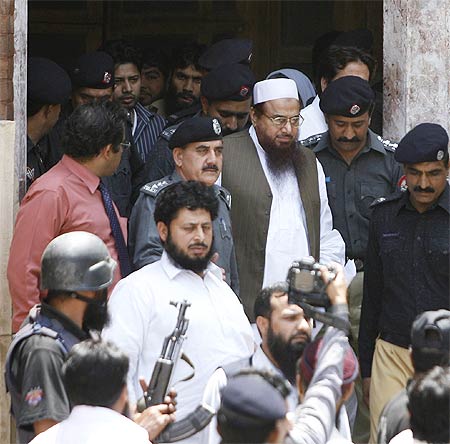 Image: Police escort Hafiz Saeed (in white cap), the head of the banned Jamaat-ud-Dawa and founder of Lashkar-e-Tayiba, as he leaves the Lahore court
Photographs: Mohsin Raza/Reuters 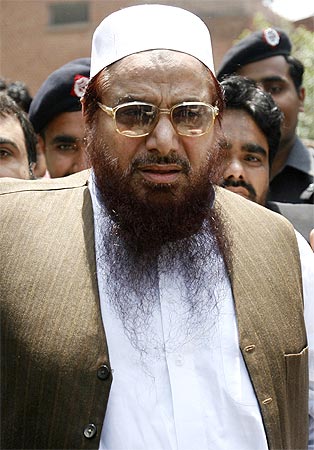 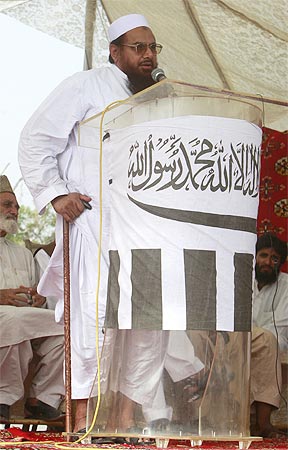 Image: A file photograph of Hafiz Saeed at a protest rally in Karachi on September 7, 2008, 'to condemn atrocities in India-controlled Kashmir'
Photographs: Athar Hussain/Reuters 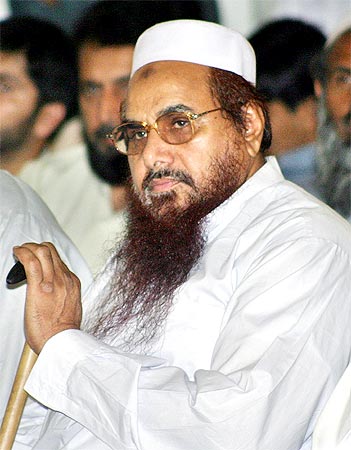