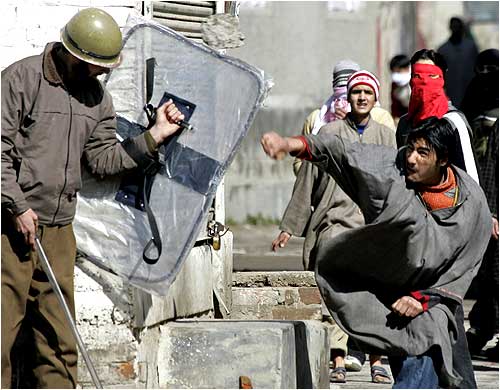 Image: A Kashmiri protester throws a rock towards a Jammu & Kashmir cop during a protest
Photographs: Danish Ismail/Reuters 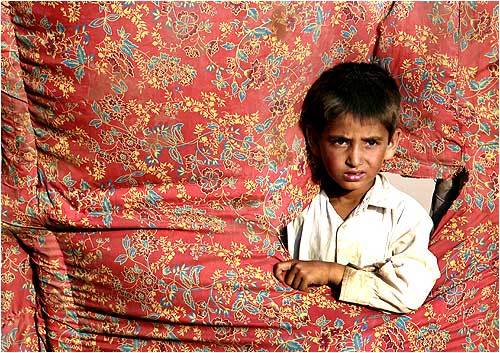 Image: An internally displaced boy, who fled a military offensive in Swat, at a UNHCR tent
Photographs: Faisal Mahmood/Reuters 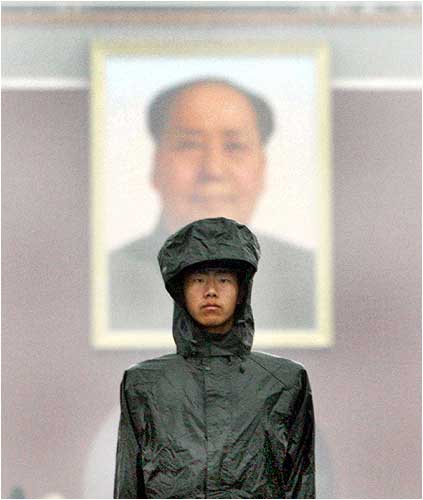 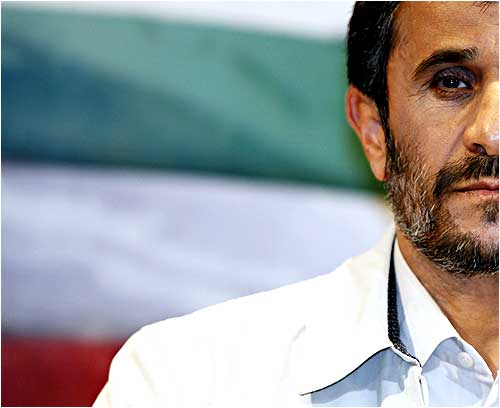 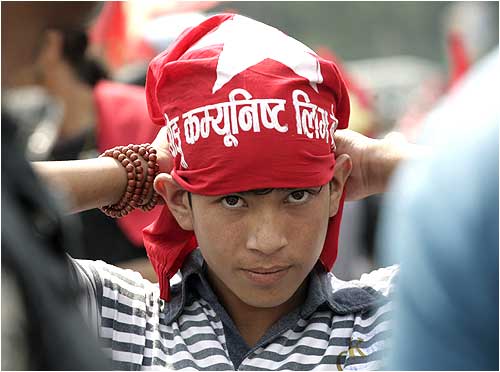 Image: A boy puts on a 'Young Communist League' headband before taking part in an anti-government motorcycle rally in Kathmandu
Photographs: Shruti Shrestha/Reuters 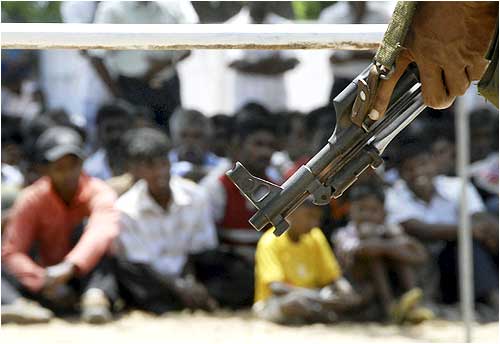 Image: A Lankan soldier stands guard during the resettlement of refugees to their homes in Mannar, western Sri Lanka
Photographs: Stringer/Reuters 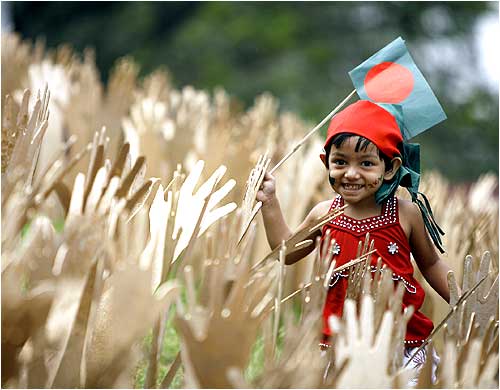 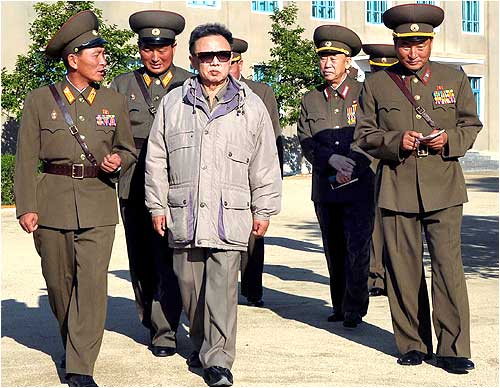 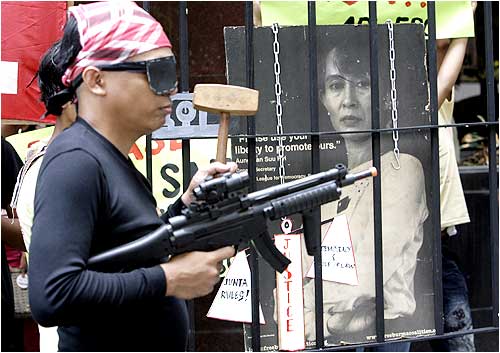 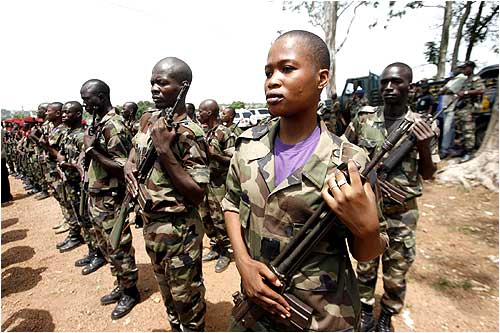 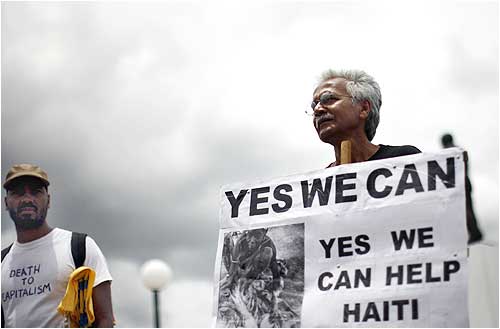 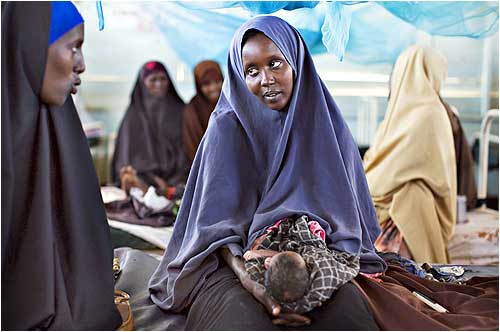 Image: A Somali refugee woman holds her newborn infant in the maternity ward in a health clinic at Dagahaley camp in Dadaab in Kenya's northeastern province
Photographs: Finbarr O'Reilly/Reuters 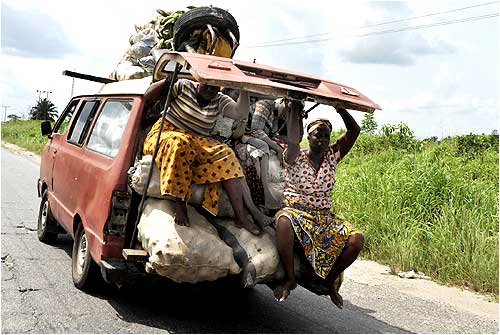 Image: Residents ride in the back of a van as they flee with their farm products
Photographs: Afolabi Sotunde/Reuters
Nigeria ranks 15 in the global list of failed nations. 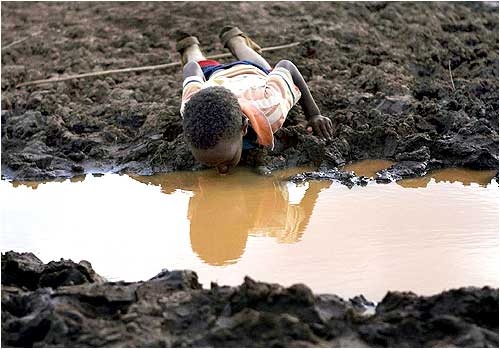 Image: A boy drinks water from a pond. Prolonged drought, lack of water and limited pasture have led to conflict between the Somali and Borena ethnic groups in southern Ethiopia
Photographs: Irada Humbatova/Reuters
Ethiopia is ranked 16th in the list. Drought is one of many problems that continually afflicts the northern African country of Ethiopia. 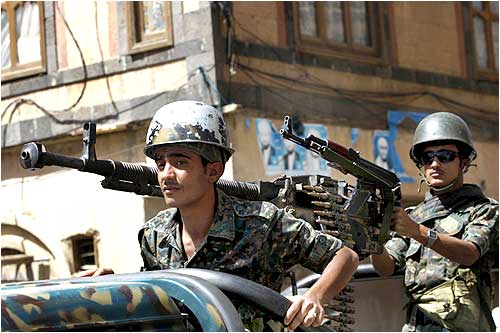 Image: Police personnel stand guard on a police vehicle outside a state security court during the trial of 16 Al-Qaeda men
Photographs: Khaled Abdullah/Reuters 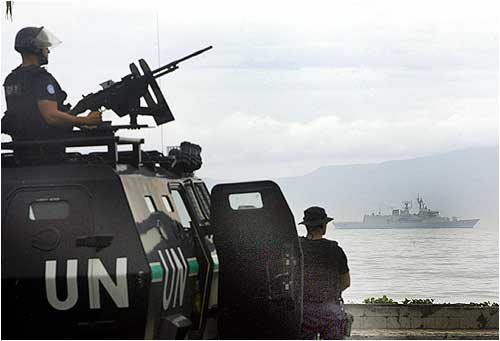