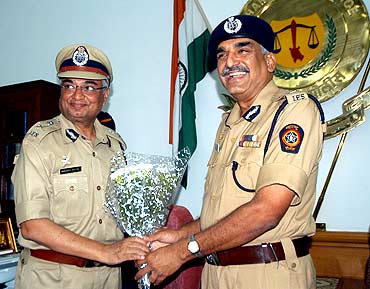 Commissioner of Mumbai police D Sivanandan has been appointed the Maharashtra's new police chief. He will take over from A N Roy, who retires on Monday.

Gafoor is an officer of 1974 batch of the IPS and was Mumbai police Commissioner during the 26/11 terror attacks.
Home department sources said that Additional Director General (Special Operations) Sanjeev Dayal has been appointed city police commissioner in place of Sivanandan.