News
Business
Movies
Sports
Cricket
Get Ahead
Money Tips
Shopping
Sign in  |  Create a Rediffmail account
Rediff.com  » News » 'If Bose should return, many Indians would accept his leadership' 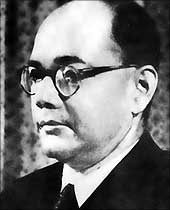 A prayer for Netaji in Japan

Netaji did not die in aircrash, says web site