News
Business
Movies
Sports
Cricket
Get Ahead
Money Tips
Shopping
Sign in  |  Create a Rediffmail account
Rediff.com  » News » 'Despite US funds, things have got worse in Pakistan'

'Despite US funds, things have got worse in Pakistan' 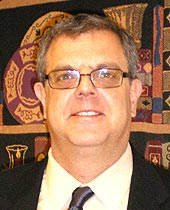 After Pakistan's Foreign Minister Shah Mehmood Qureshi and its army chief General Ashfaq Kiyani came to Washington, DC, the US agreed to release Coalition Support Funds intended to help the fight terrorism. The ostensible reason for delaying their release was accounting. Both the US Senate and the House of Representatives had raised serious objections about the lack of transparency in the way the fund was disbursed.

In an interview with rediff India Abroad's P Rajendran, K Alan Kronstadt a specialist in South Asian affairs for the US Congressional Research Service, addresses some of the issues involved.

What do you think is happening to the Coalition Support Funds that Pakistan has been getting?

That is the big question. There are a lot of different programmes conducted by United States Agency for International Development, there is security assistance that has gone to military finance, counter-narcotics, Frontier Corps...

But there are concerns that some of the funds are being diverted to areas which have nothing to do with anti-terrorism activities.

My concern is that during the Bush administration some military equipment was provided under what seemed to be a thin pretext that they were useful for counter-terrorism, counter-insurgency, when, in fact, it seemed much more clearly useful for conventional war.

But I think in terms of dollar figures the concern is coalition support fund reimbursements (for work Pakistan has done for the coalition). That is part of the Pentagon budget and not assistance, strictly speaking. But for many years there was fairly poor oversight and billions of dollars were transferred and I'm just afraid the US government does not know where a lot of that money ended up.

Do you think any of the money has gone into Pakistan's buildup against India or into the very terror networks that the funds were intended to help fight?

I am not aware of any of that. We simply don't know where a lot of it went. These were payments made into the Pakistani national treasury. And we know that the military budget in Pakistan is not transparent and is not under any kind of reasonable control of the civilians. Certainly, during the (Pervez) Musharraf era that was out of the question. Even since then it seems clear that the military operates fairly autonomously.

But as far as evidence goes, the other endpoints you mentioned (a build-up against India or terrorist networks), I have no evidence of that at all.

In an earlier interview to rediff.com, after a fact-finding mission to Kashmir in 2006 you were fairly optimistic that the Kashmir problem was not an intractable one, that there can be some kind of solution.

I find the Kashmir dispute itself very intractable. I may have made that statement in the earlier interview but I don't recall feeling particularly optimistic.

Especially in the last year, the US Congress has become more active on the issue of funding, and yet Pakistan's foreign minister been actively trying to extract some concessions, such as being treated on par with India in terms of a nuclear deal, (as described by Tayyab Siddiqui, a former Pakistani ambassador and columnist).

I don't think that really fits the description of a concession; it would be a gesture.

But Pakistan has been put back by Senators Robert Menendez and Bob Corker and the concern of Congress that funding is very much an issue.

Oh, and it very much still is, because the US put billions and billions of dollars back into Pakistan starting almost immediately after September 11, 2001. The purpose of that re-engagement with Pakistan was to forward US national interests in the region and, in particular, in the effort to get rid of the Taliban and stabilise Afghanistan.

(But) we started finding problems with terrorism in Pakistan itself increasing and we found more attention being paid to that. If you look at what actually happened, by most objective measures, things got worse during those years.

Senior members of Congress got particularly concerned and focussed on how US assistance packages in Pakistan was being used, because it didn't seem to be accomplishing what it was meant to accomplish. The coalition support payments, I think, for a long time were not widely known about on the Hill, and people started looking at that program as well.

For Pakistan, as long as there was some terrorist activity happening in the region at that time, it did ensure that funds kept coming in -- at least in the short-term, right?

(Cautiously) Well, at a certain level you could say that may be the case. But, as I said, things got measurably worse.

But aren't there multiple factors here at play? There's the civilian government that wants funds to come in, and elements in the military, such as the Inter-Services Intelligence, that support the terror groups...

Yes, there certainly are important people on the Hill who have expressed grave concerns about the suspected links between elements of Pakistan's security institutions and the very militant groups that we are seeking to see neutralised.

In your view, what does all the recent discussion over the funding issue, the lack of transparency and the measures the US has taken augur for US-Pakistan relations and Pakistan-India relations in the near future?

The question is going to be, is this effort by the Obama administration clearly shifting its focus and emphasis in its relationship with Pakistan. I think, by some accounts, you could say that it's show progress and benefits, to date. I think in the near future, as far as the increased aid flow goes, the key question is going to be, one, is that money used effectively in a way that forwards the mutual goals of the United States and Pakistan -- and we could say India, in this respect -- in ameliorating the problem of Islamic militancy.

This Congress has taken a much firmer stance on accountability and transparency for the use of this money. The administration, and specially the special representative (to Afghanistan and Pakistan Richard Holbrooke), has said it wants to engage in high-impact and high-visibility projects that will can show some quick results and benefits for Pakistan in the area of water and infrastructure and energy. So, in the short term, I think, is how well that unfolds.