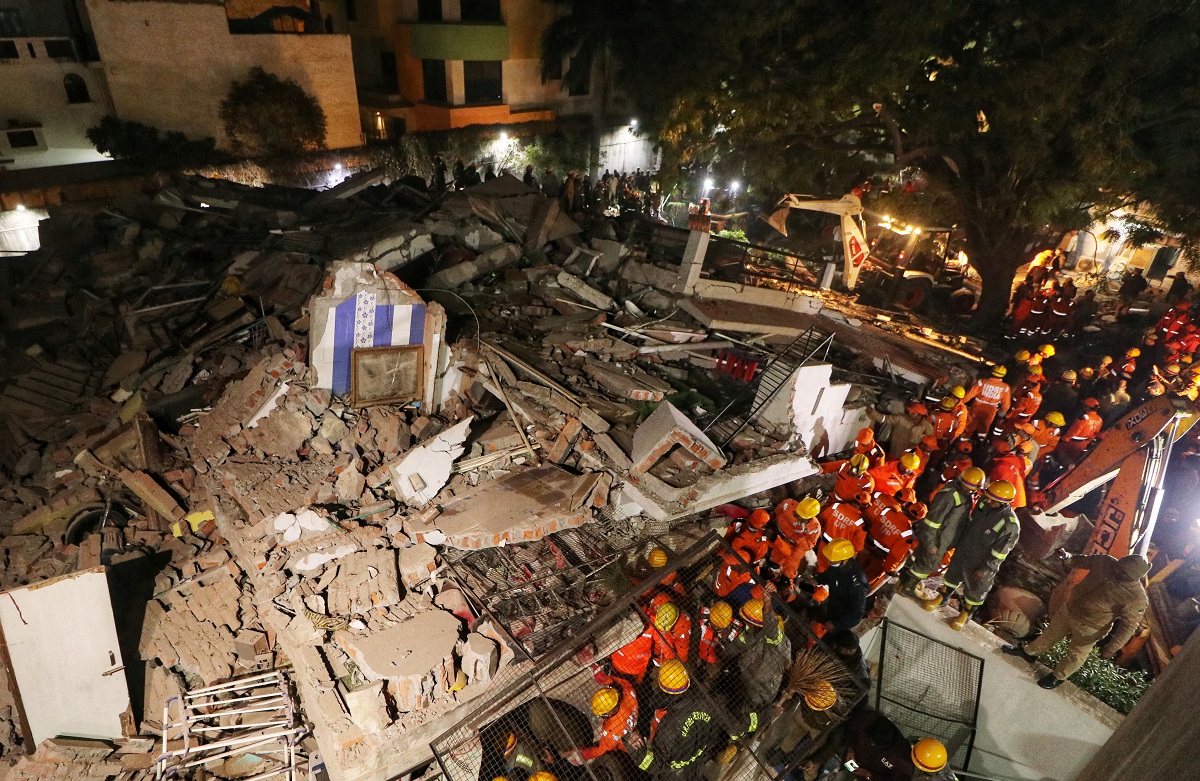 The collapsed building in Lucknow/ANI Photo
The son of a Samajwadi Party MLA was arrested on Wednesday in connection with the collapse of a multi-storey building in Lucknow in which two women were killed and several were injured.
Nawajish Shahid, the son of SP MLA and former minister Shahid Manzoor, was picked up from Meerut and arrested subsequently, a police officer said.
Nawajish Shahid is among the three people named in an FIR registered in connection with the case.
Mohammad Tariq and Fahad Yazdani are the other two.
Nawajish Shahid is alleged to be the owner of the land on which the building constructed by Yazdan Builders stood.
Shahid Manzoor is a senior SP leader in western Uttar Pradesh and currently represents Kithore in the assembly.
The FIR was registered at Hazratganj police station on Wednesday under IPC Sections 323 (voluntary causing hurt), 308 (attempt to commit culpable homicide), 420 (fraud) and 120B (criminal conspiracy) and section 7 of the Criminal Law Amendment Act.
The five-storey Alaya Apartments in the Hazratganj area in the Uttar Pradesh capital collapsed Tuesday evening, trapping more than a dozen people under it.
Samajwadi Party spokesperson Abbas Haider's wife Uzma Haider, 30, and mother Begum Haider, 72, have died, while two more people are still feared trapped under the debris.
Fourteen have been pulled out of the debris so far and admitted to hospitals, an official said. -- PTI
« Back to LIVE