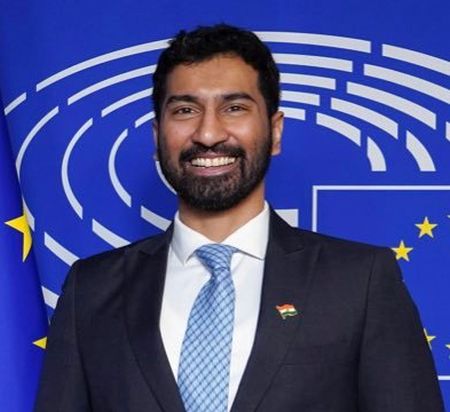 Anil Antony
Bharatiya Janata Party spokesperson Jaiveer Shergill on Wednesday seized on the resignation of Kerala leader Anil Antony from his posts in the Congress to take a swipe at his former party, claiming those who think for the nation's sovereignty and integrity can no longer remain there.
"Self-respecting individuals who think for the nation, for nation's sovereignty & integrity can no longer remain in the Congress. It's not 'mohabbat ki dukan' but 'chamchon ka durbar' which dominates Cong," he said, echoing Antony's charge of sycophancy in the party.
Shergill claimed that, "Speaking for Pak, China & propagandists is criterion to remain in Cong now."
Though he did not name Antony, the context was clear on a day the son of veteran Congress leader A K Antony resigned from all his party posts following widespread criticism of his tweet against the controversial BBC documentary on the 2002 Gujarat riots.
He said he was getting "intolerant calls" to retract his tweet against the documentary and the "wall of hate/abuses" on Facebook over the same issue have prompted him to take the decision.
Another former Congressman and the current BJP spokesperson Shehzad Poonawalla said nothing has changed in the Congress since he was 'forced out' of the party for 'speaking against dynasty'.
Calling Anil a 'dear fried', Shehzad said it was a 'deja vu' moment for him.
"My dear friend Anil Antony's resignation from Congress is dejavu for me. Nothing has changed in Congress since I was forced out for speaking against dynasty.  Congress has an emergency, intolerant mindset & it pretends to be a torchbearer of free speech! Pehle Congress Jodo," Poonawalla tweeted.
Anil Antony had on Tuesday tweeted that those who support and place the views of the British broadcaster and of former UK foreign secretary Jack Straw, the "brain behind the Iraq war" (involving the US-led coalition in 2003) over Indian institutions are setting a dangerous precedence.
« Back to LIVE