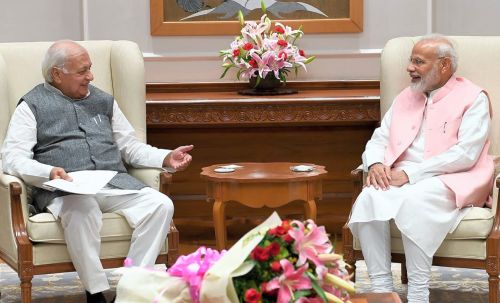 Kerala Governor Arif Mohammed Khan on Wednesday questioned the timing of the release of the controversial BBC documentary -- India: The Modi Question -- saying it came at a time when India assumed the presidency of the G20.
Khan, speaking to reporters in Thiruvananthapuram, also said that he is surprised that people are attaching more importance to the opinion of a foreign documentary maker, "that too our colonial masters", than the verdict of the highest court of the land.
"So many judicial verdicts, including that of the highest court of the land, the timing, all these things have to be taken into consideration. This is a time when India has assumed the G20 presidency.
"Why has this particular time been chosen to bring out this scurrilous material? You cannot ignore these things and particularly when it is coming from a source who ruled over us for over 200 years," the Governor said. -- PTI
« Back to LIVE