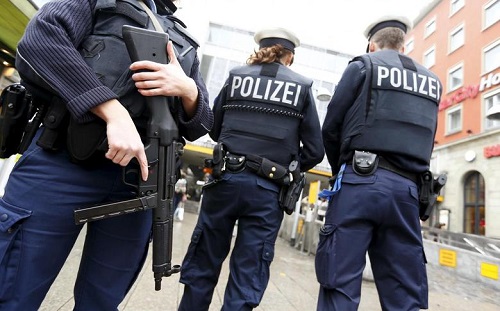 File image/Michaela Rehle/Reuters
The suspect behind the killing of two people in a knife attack on a train from Kiel to Hamburg in northern Germany, which also left five injured, was arrested, reported DW News.
Germany's federal police force said the man used a knife to attack several passengers shortly before the suburban train, travelling from Kiel to Hamburg, arrived at the Brokstedt station.
Interior Minister of Schleswig-Holstein state, Sabine Suetterlin-Waack confirmed the arrest, saying two people were killed and five were wounded in the attack which took place around 3 pm local time, reported German news agency dpa.
Meanwhile, Waack and the Bundespolizei both said a suspect had been arrested, reported DW News.
The police said the attack took place as the train was approaching the Brokstedt station, a small community of around 2,000 people north of Hamburg and south of Kiel.
A suspect was arrested when the train reached Brokstedt station.
The train station in Brokstedt was closed for several hours, the news agency said.
The police was investigating at the train station in Brokstedt, the German railway Deutsche Bahn said on Twitter, adding that some services between Hamburg and Kiel had been cancelled.
According to police, further details remained elusive even two hours after the attack. -- ANI
« Back to LIVE