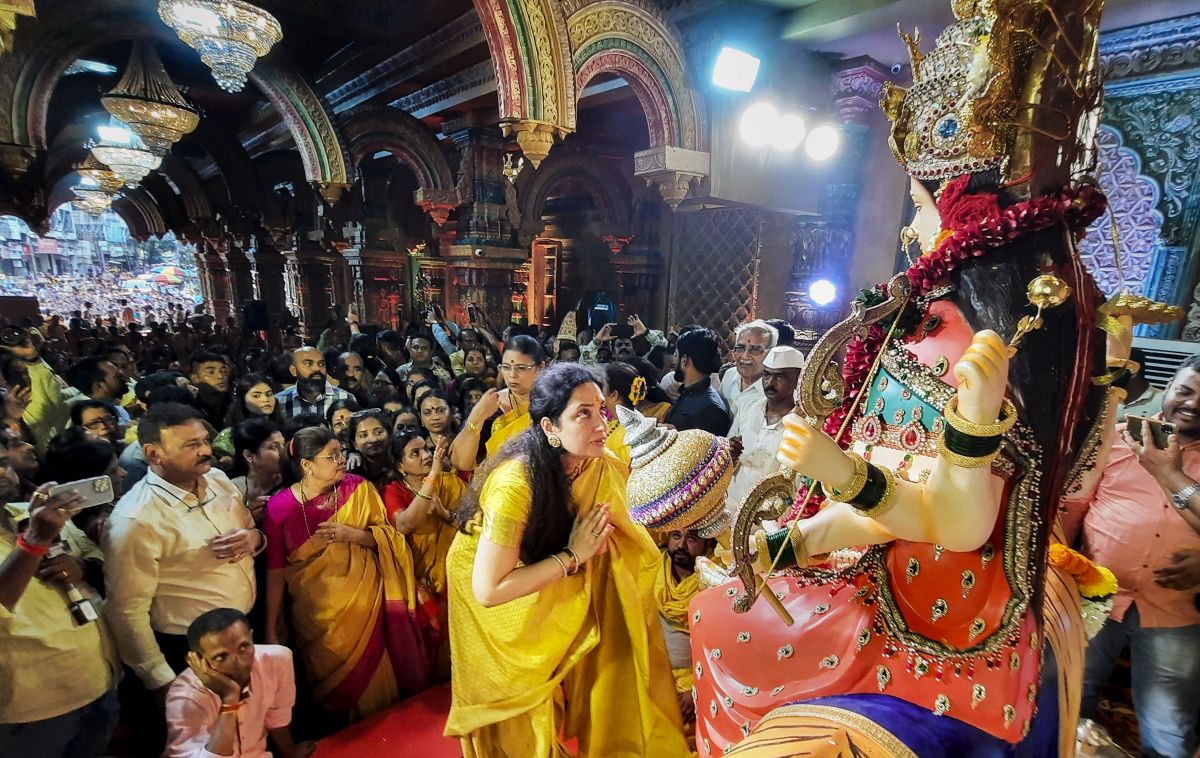 Rashmi Thackeray, wife of Shiv Sena chief Uddhav Thackeray, visits Tembhi Naka Navratri mandal in Thane, September 29, 2022/PTI
Rashmi Thackeray, wife of Shiv Sena chief Uddhav Thackeray, on Thursday visited a Navratri event at Tembi Naka in Thane city and offered prayers to Goddess Durga.
Prior to this, she visited 'Anand Ashram', the party's Thane headquarters, and paid tribute to late Anand Dighe, a hugely popular leader from the region who is considered the mentor of Maharashtra Chief Minister Eknath Shinde.
Incidentally, the event attended by Rashmi Thackeray is associated with Shinde and the latter was part of the procession when the goddess' idol was brought from Kalwa a few days ago.
Among those who were present when Rashmi Thackeray visited the Navratrotsav mandal were Thane Lok Sabha MP Rajan Vichare, Rajya Sabha MP Priyanka Chaturvedi as well as hundreds of workers, mostly women, from the Uddhav Thackeray faction.
She did not speak to the media and left the venue after offering prayers. -- PTI
« Back to LIVE