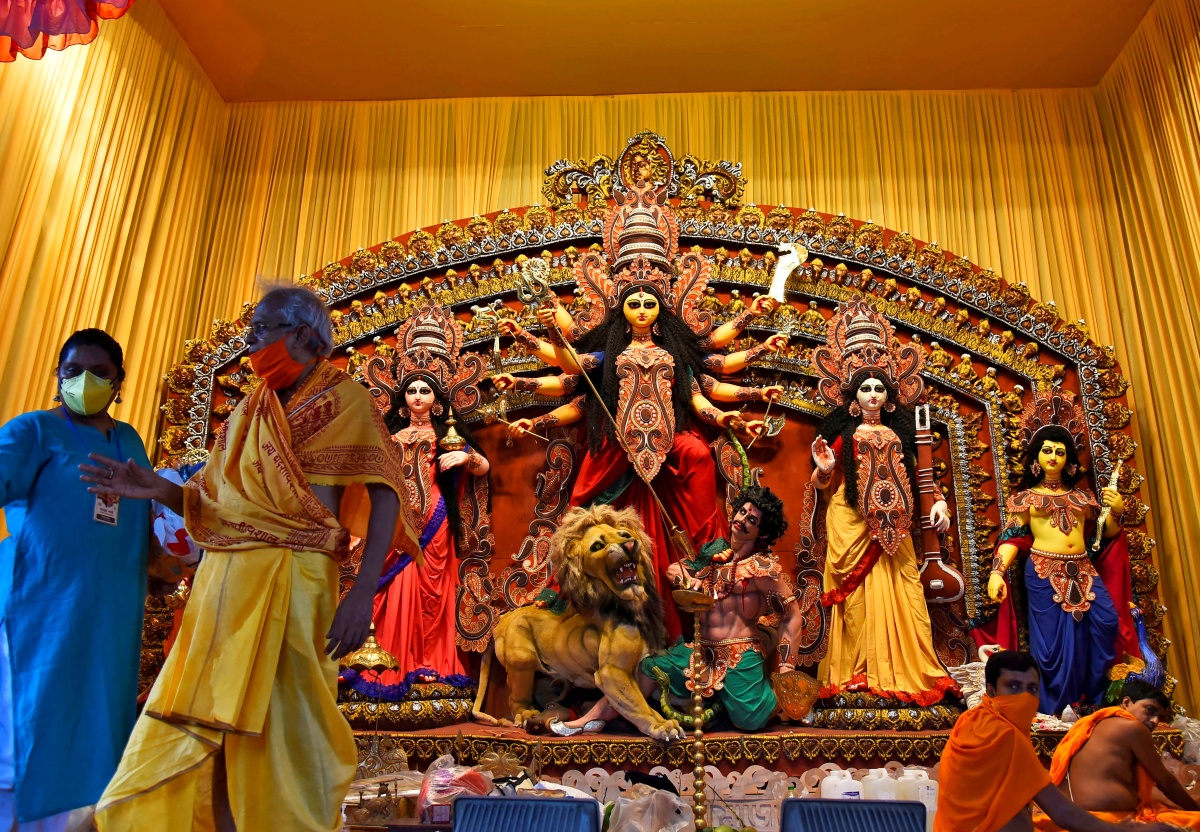 Representational image
Security has been beefed up across Kolkata from Thursday for the Durga Puja festivities as revellers have already started making a beeline for popular pandals, the police said.
A total of 17,000 police personnel, including 10,000 home guards, have been posted across the city and 400 pickets have been set up at various locations, while 58 PCR vans and 41 quick response teams have been deployed.
Kolkata police commissioner Vineet Goyal said the deployment will be in place till Vijaya Dashami and also during immersion of idols, including the carnival day, when colourful processions that are taken out by selected community pujas pass through the Red Road in the heart of the city.
"Full-fledged deployment has started from today, Chaturthi (fourth day) of the Durga Puja festivities, and this force will continuously be there till the end of the festival," Goyal told reporters.
He said additional resources will be put in place in case there is more crowding than expected at any particular area during the festive days.
"Contingency plans are made in advance to cope with situations, be it rain or overcrowding," he said. -- PTI
« Back to LIVE