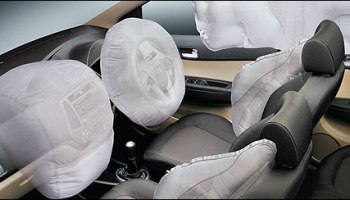 The Centre defers the proposal to make six airbags mandatory in cars by one year to October 1, 2023, says Transport Minister Nitin Gadkari.
Gadkari on 6 September said that the government is trying to make it mandatory for carmakers to provide at least six airbags in eight-seater vehicles from October for enhanced safety of passengers.
Earlier this year, the Ministry of Road Transport and Highways (MoRTH) in a statement said that in order to enhance the safety of occupants of the motor vehicle against lateral impact, it has been decided to enhance safety features by amending the Central Motor Vehicles Rules (CMVR), 1989.
« Back to LIVE