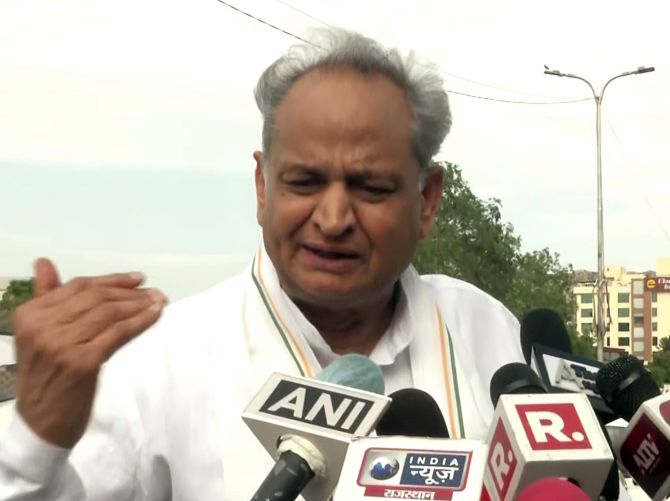 Rajasthan CM Ashok Gehlot says he will not contest the Congress president elections.
"I had a  conversation with Congress interim president Sonia Gandhi. Whatever happened two days ago shocked us. It gave a message that all of it happened as I wanted to be CM. I apologised to her.
"I met Rahul Gandhi in Kochi and requested him to fight in the polls (for Congress President). When he didn't accept, I said I'll contest but now with that incident (Rajasthan political crisis), I've decided not to contest the elections," Gehlot says.
« Back to LIVE