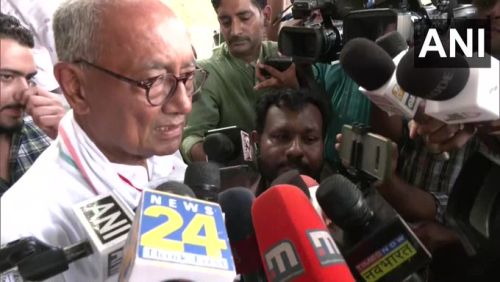 Congress leader Digvijaya Singh joins the race for party presidential polls, says, "I have come here to collect my nomination form and will likely file it tomorrow."
The name of Digvijay Singh has made the battle interesting as G23 leader Shashi Tharoor is likely to file the nomination on Friday.
Rajasthan Chief Minister Ashok Gehlot was considered a top contender in the polls but the crisis in Rajasthan, for which show cause notice has been sent to three of his loyalists, has caused some uncertainty about his candidature.
« Back to LIVE