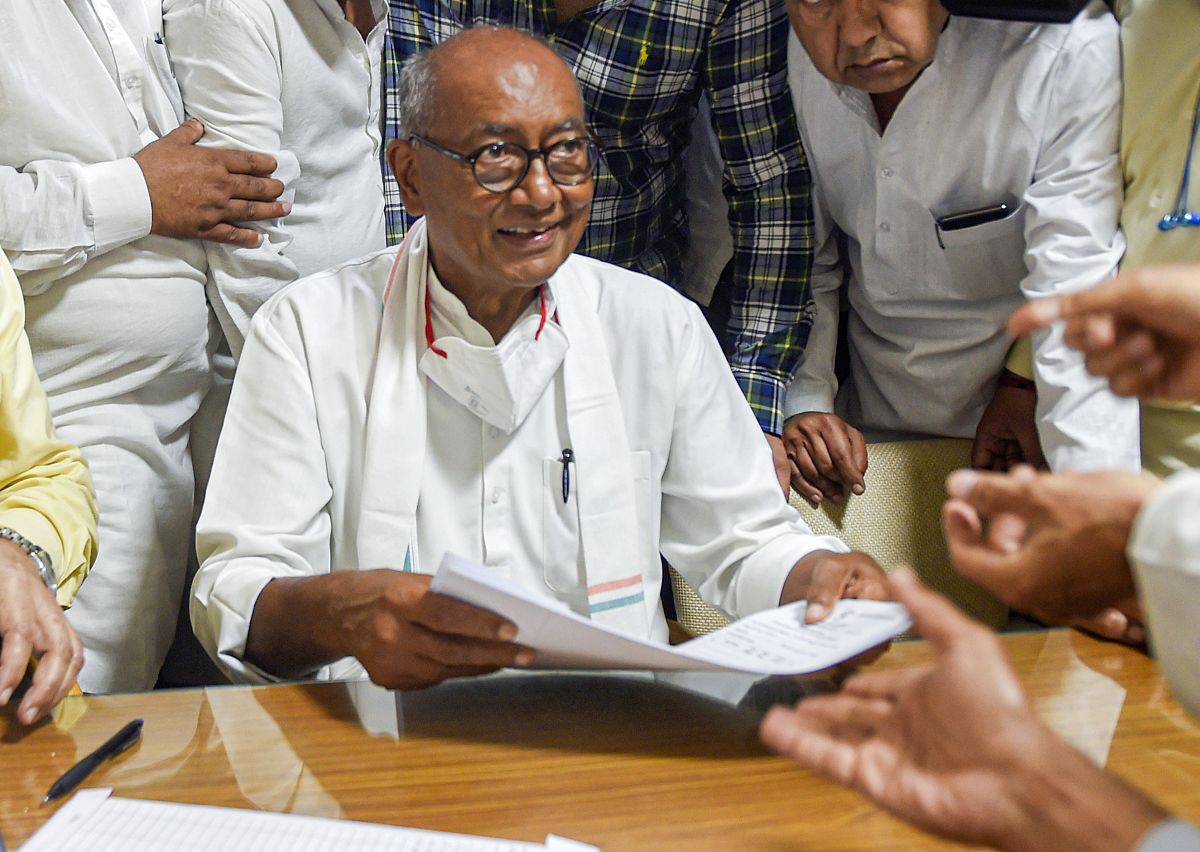 A total of 12 Congress MLAs from Madhya Pradesh will be proposers for veteran leader Digvijaya Singh when he files nomination for the Congress president's election, a party leader said on Thursday.
Singh is likely to file his nomination on Friday, the last day of the nomination process.
He reached Delhi late Wednesday night leaving the ongoing Bharat Jodo Yatra and collected nomination papers on Thursday.
MLAs Hina Kanwre, Jitu Patwari, PC Sharma, Lakhan Singh Yadav, Alok Chaturvedi, Arif Masood, Kantilal Bhuria, Ramlal Malviya, Surendra Singh Baghel, Vipin Vankhede, Kamleshwar Patel and Dr Govind Singh will be reaching Delhi to be proposers for Singh's nomination.
Govind Singh confirmed to PTI en route to Delhi by Shatabdi Express train that he had sent the list of these MLAs to Madhya Pradesh Congress president Kamal Nath.
Digvijaya Singh told reporters at the Congress headquarters in Delhi that he will most probably file his nomination on Friday.
He also met Thiruvananthapuram MP Shashi Tharoor, his likely rival in the election, during the day.
Asked if he was contesting the election at the behest of the party leadership, Singh said, "I am responsible for myself."
"Wait till the date of withdrawal," said the former Madhya Pradesh chief minister when asked if he will remain in the fray. -- PTI
« Back to LIVE