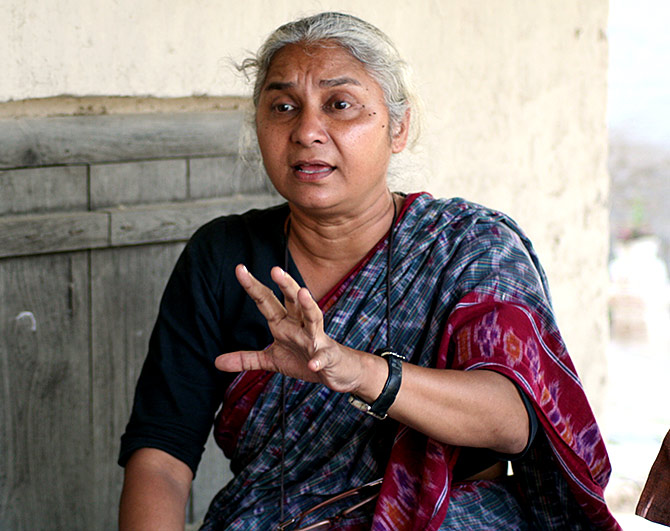 Medha Patkar, the face of Narmada Bachao Andolan
Prime Minister Narendra Modi on Friday alleged that "urban Naxals and anti-development elements" having political backing had stalled the construction of Sardar Sarovar Dam on Narmada river in Gujarat for many years by running a campaign claiming that it would harm the environment.
He was addressing the Environment Ministers of different states after virtually inaugurating the National Conference of Environment Ministers at Ekta Nagar in Narmada district of Gujarat via video conference.
"Urban Naxals and anti-development elements having political backing had stalled the construction of the Sardar Sarovar Dam by running a campaign that the project will harm the environment. Huge amount of money was wasted because of this delay. Now, when the dam is complete, you can very well judge how dubious their claims were," Modi said.
'Urban Naxal' term is often used by some segments of the political spectrum to describe sympathisers of the Naxalism cause as well as certain social activists.
"These urban Naxals are still active. I urge you to make sure that projects aimed at bringing ease of doing business or ease of life do not get unnecessarily stalled in the name of the environment. We must have a balanced approach to counter the conspiracy of such people," the prime minister added. PTI
« Back to LIVE