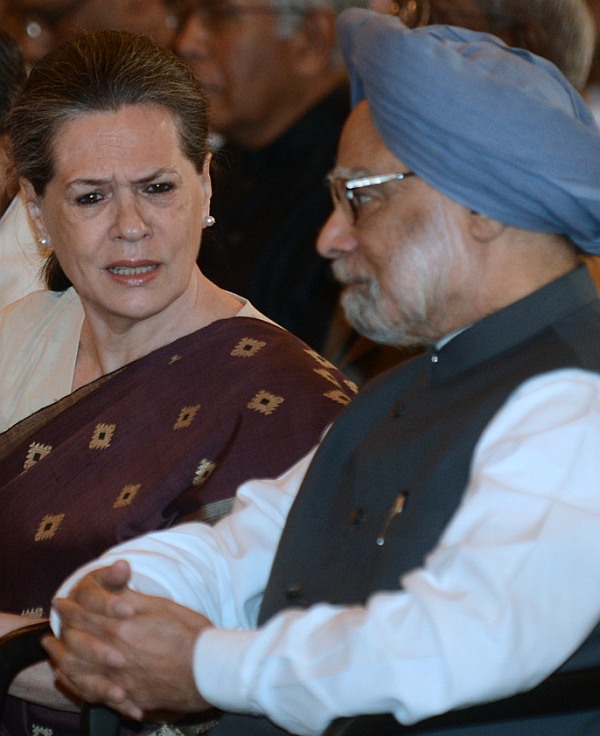 Dr Manmohan Singh with Sonia Gandhi
The BJP on Friday claimed the new Congress president will be a "proxy" of the Gandhi family and will be remote-controlled by them "like" former prime minister "Manmohan Singh was".
BJP national spokesperson Shehzad Poonawalla cited the comment of Rajasthan Chief Minister Ashok Gehlot, seen as the likely next Congress president, that a call on his replacement will be taken by the party's interim chief Sonia Gandhi and its in-charge for the state Ajay Maken.
"What capacity will she have as she will become a former president? Shouldn't Congress MLAs decide? If Gandhis will have the remote control then why this sham election," he said, referring to the ongoing poll process for the next president of the opposition party.
He noted that Congress leader P Chidambaram had said recently that whoever be the next president, Rahul Gandhi will have a preeminent position in the party.
"This was a proof that the next president of Congress will be a proxy of the Gandhis and will be remote controlled by Gandhis like Manmohan Singh was by Sonia Gandhi," he alleged in a statement. These statements have made it clear that the ongoing poll process is nothing but an eyewash, Poonawalla claimed. -- PTI
« Back to LIVE