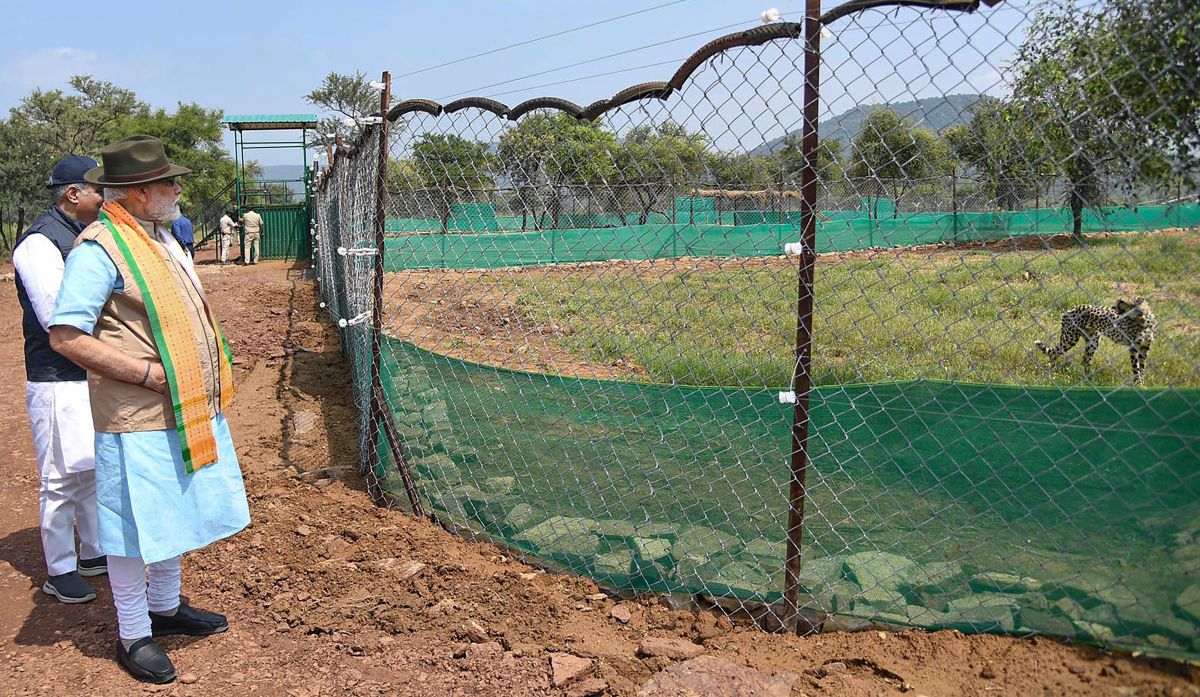 Officials of the Madhya Pradesh forest department on Friday dismissed as "fake" a media report on felling of trees to make arrangements for Prime Minister Narendra Modi's visit with around 300 guests for the release of eight cheetahs from Namibia in the Kuno National Park last week.
The report claimed that the national park had only one guesthouse and therefore, tents were pitched to accommodate the VIPs, which "entailed the cutting of a large number of trees". It also claimed that trees were felled for making helipads.
Reacting to the report, a state department official said, "No tree was felled for making helipads at Kuno. The site selected as such was devoid of trees, the news about the felling of trees is absolutely false."
"Neither there were 300 guests nor any tented accommodation was made for them. In fact, tented accommodation was used at the Sasaipura resort, where the dignitaries and officers were housed. The news about the creation of tented accommodation at the Kuno National Park is baseless," he added.
In a tweet, the fact-checking wing of the Press Information Bureau (PIB) said: "Fake media reports claim that a large no. of trees were cut in Kuno Wildlife Sanctuary to make arrangements for PM's visit with around 300 guests for release of 8 Cheetahs. Lodging arrangements were made at Sesaipura FRH & Tourism Jungle Lodge."
Modi released the first batch of eight cheetahs -- five females and three males -- from Namibia into a quarantine enclosure at the KNP on his birthday on September 17.
The cheetah has come back to India 70 years after the species was declared extinct in the country in 1952. The large carnivore got completely wiped out from India due to their use for coursing, sport-hunting, over-hunting and habitat loss. -- PTI
« Back to LIVE