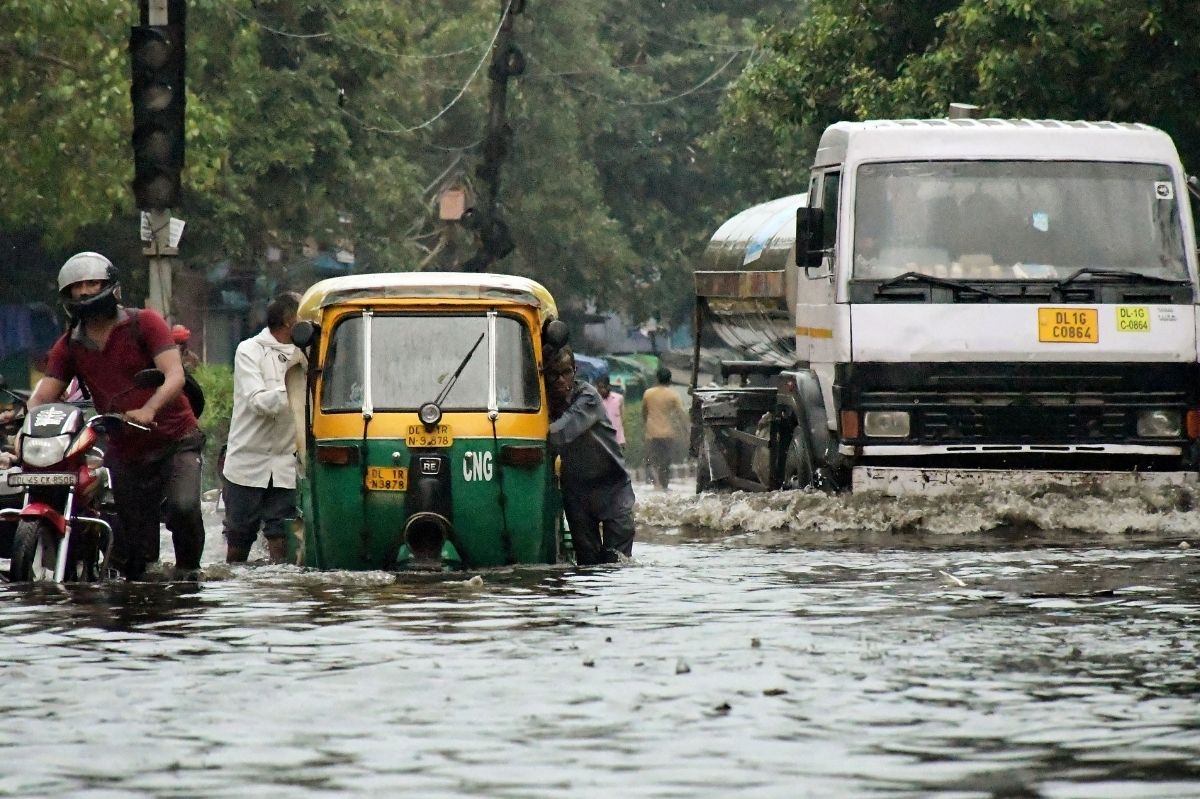 Incessant rains lashed parts of the national capital for the third consecutive day on Friday, bringing down the maximum temperature to 27.6 degrees Celsius -- seven notches below normal.
The India meteorological department has issued a 'yellow' alert cautioning people about moderate rain at most places in Delhi on Saturday.
The Palam observatory recorded 30 mm rainfall between 8:30 am and 5:30 pm, the IMD said.
The Safdarjung observatory, Delhi's primary weather station, gauged 8 mm rainfall during the same period.
Lodhi Road, Ridge and Ayanagar weather stations received 6.4 mm, 15.2 mm and 20.4 mm rainfall, respectively. Jafarpur, Najafgarh, Pusa and Mayur Vihar recorded 1 mm, 15 mm, 7 mm and 3.5 mm rainfall, respectively.
Rainfall below 15 mm is considered light, between 15 mm and 64.5 mm is moderate, between 64.5 mm and 115.5 mm is heavy, and between 115.6 mm and 204.4 mm is very heavy.
Anything above 204.4 mm is considered extremely heavy rainfall.
Delhi recorded a minimum temperature of 22.4 degrees Celsius, a notch below normal. The relative humidity oscillated between 100 per cent and 95 per cent, the IMD said. -- PTI
« Back to LIVE