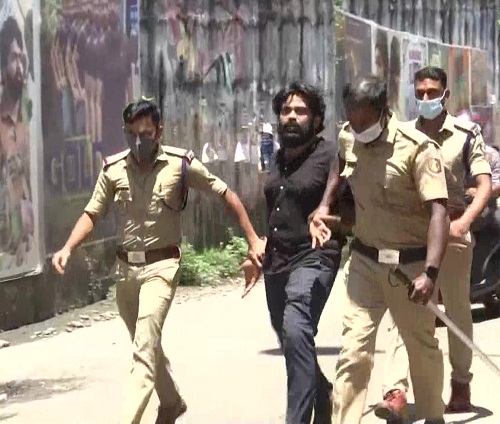 As many as 500 people were arrested and 400 others put under preventive detention on Friday in connection with violent protests during the twelve-hour strike called by Popular Front of India to protest the arrest of the organisation's leaders.
The protests also saw stone pelting at an RSS office in Mattannur in Kannur, the police said.
Additional director general of police, law and order, Vijay Sakhare told ANI that 500 people had been arrested so far in connection with the protests.
"500 people have been arrested in connection with that and 400 more have been put under preventive detention in connection with a hartal called by the Popular front of India. Two incidents of stone pelting were reported at the RSS office at Mattanur," the ADGP said.
The ADGP also gave details of another incident where arrests were made for carrying an explosive device.
"In another case, two persons on motorcycle with a bomb were arrested. Three more people were arrested later. All the five have been arrested. Currently, the situation is normal and under control," Sakhare said. -- ANI
« Back to LIVE