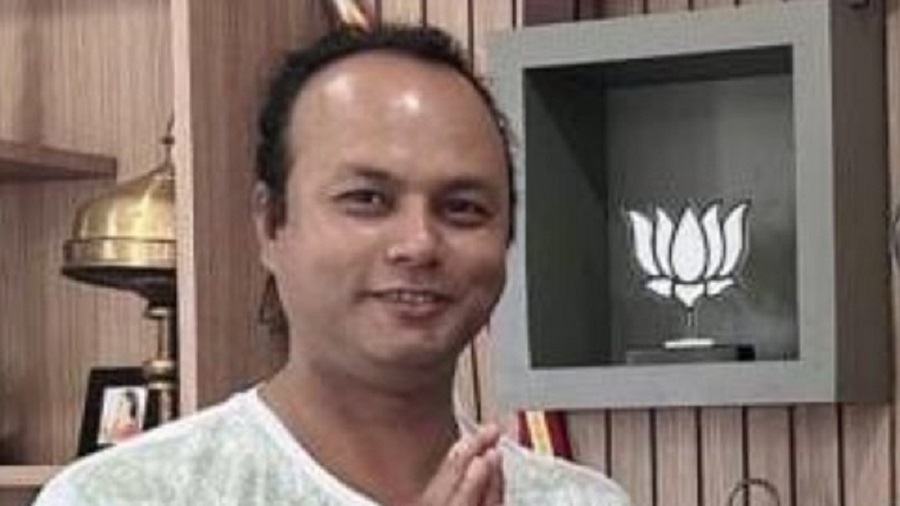 The Meghalaya high court granted conditional bail to jailed state Bharatiya Janata Party leader Bernard N Marak, accused of running a sex racket at his farmhouse in the northeastern state.
Marak was on Saturday granted bail on the condition that he shall not abscond or tamper with evidence or leave the country and will cooperate with the investigation.
He was also asked to furnish a personal bond of Rs 50,000 along with two solvent sureties of the like amount.
"The accused person, Bernard N Marak, is hereby directed to be released on bail, if not wanted in some other cases, provided the following conditions are complied with," Justice W Diengdoh said in the court order.
Marak's wife L K Gracy had moved the bail application on Friday.
The high court was content that Marak is the owner of the property, but expressed doubt whether there is enough evidence to point out that the place was used as a brothel.
"From the statement of the witnesses and the materials on record, there is insufficient evidence to link the accused person to the alleged offence in as much as there is no initial evidence that the place of occurrence has been used as a brothel," the court observed.
Marak, a former militant leader, was arrested from Hapur district in Uttar Pradesh, days after the police allegedly busted a sex racket at his private farmhouse 'Rimpu Bagan'.
Police had also said it arrested 73 people from the farmhouse and rescued six minors -- four boys and two girls.
A case under different sections of the Immoral Trafficking (Prevention) Act, 1956 was registered against the BJP leader at Tura women police station.   -- PTI
« Back to LIVE