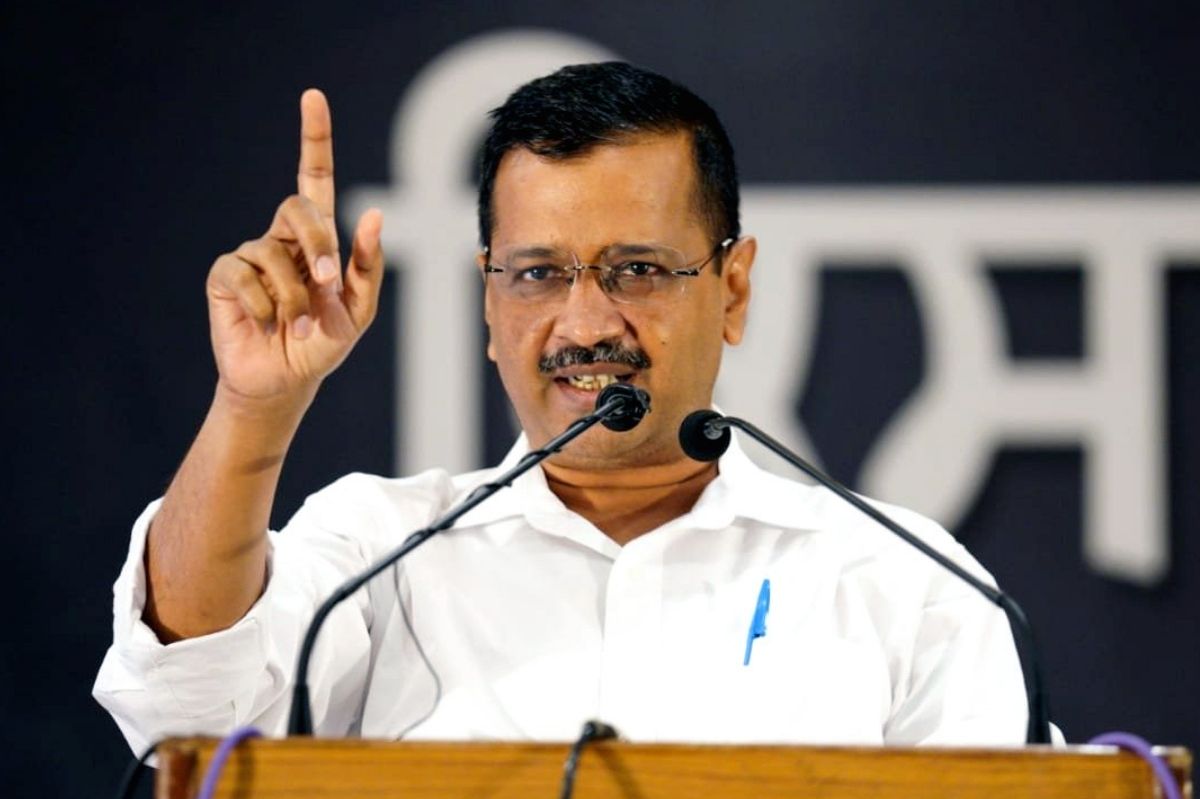 Delhi Chief Minister Arvind Kejriwal on Sunday promised Rs 40 per day for the upkeep of every cow in Gujarat and a shelter home for non-milching cattle in every district of the state if the Aam Aadmi Party is voted to power.
Kejriwal's announcement is a renewed push to counter the ruling BJP in Gujarat and attract Hindu voters, as per political experts.
The Aam Aadmi Party national convener also claimed that the BJP and opposition Congress have united to "cut into the AAP votes" as according to an "IB report", his party will form the next government in the state.
"In Delhi, we give Rs 40 per cow per day. The Delhi government gives Rs 20 and another Rs 20 is given by the municipal corporation. If the AAP is voted to power in Gujarat, then we will provide Rs 40 per cow per day for their upkeep," Kejriwal said at a press conference in Rajkot.
Panjrapole (shelters homes for cattle) will be constructed in every district for non-milching cows and those roaming on roads, Kejriwal said and also assured that the AAP government will take all necessary steps for the benefit of cows in the state.
His announcement has come at a time when panjrapole owners have been protesting against the Gujarat government over its alleged failure to release a package as promised for the shelter homes.
Asked about an auto-rickshaw driver in Ahmedabad, at whose house Kejriwal had dinner, supporting the BJP, the AAP convener said he does not discriminate against people on the basis of which party they support. -- PTI
« Back to LIVE