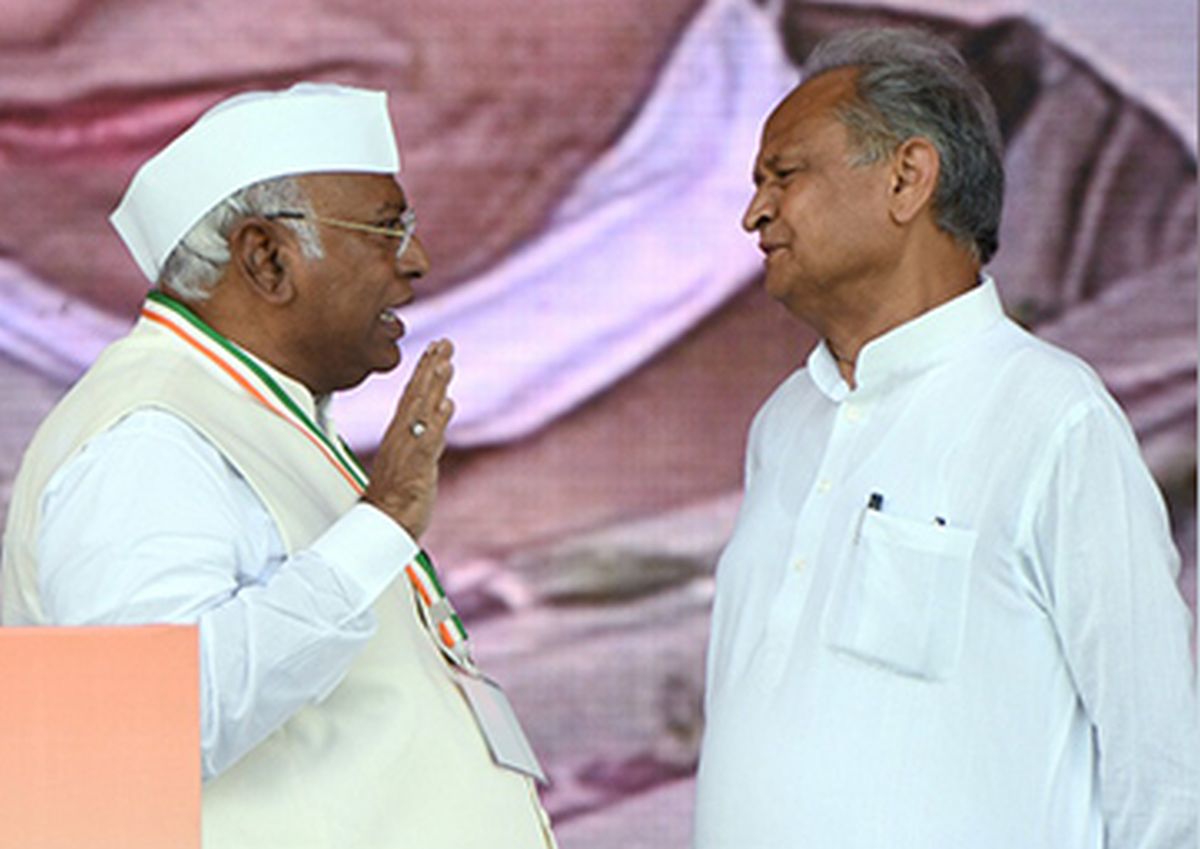 Rajasthan Chief Minister Ashok Gehlot on Sunday said veteran party leader Mallikarjun Kharge has the experience to strengthen the Congress and would emerge as a clear winner in the party presidential poll, while his rival in the race Shashi Tharoor belongs to the 'elite class'.
"Kharge has a long political experience. He has a clean heart, he comes from the Dalit community and (Kharge contesting election) is being welcomed everywhere," he told reporters after paying tributes to Mahatma Gandhi at the secretariat in Jaipur.
Gehlot, one of the proposers of Kharge, said Tharoor is also a good man and has good thoughts but he is from the elite class.
"Tharoor is a class apart; he is from elite class but the kind of experience which is needed to strengthen the party at booth, block and district levels, that is with Kharge and cannot be compared to Shashi Tharoor," he said.
"Therefore, it will naturally be a one-sided contest for Kharge," he said.
Kharge and Tharoor are in a direct contest for the Congress president's post.
A Dalit leader from Karnataka, Kharge has emerged as the clear favourite for the Congress president' post.
Kharge has resigned as the Leader of Opposition in Rajya Sabha, sources said on Saturday.
Kharge's resignation, which the 80-year-old leader sent to Congress president Sonia Gandhi on Friday night, is in line with the party's declared 'One person, One post' principle that was announced at the Udaipur 'Chintan Shivir' in May.
The polling, if needed, will be held on October 17.
The counting of votes will be taken up on October 19 and the results will be declared the same day.
More than 9,000 Pradesh Congress Committee (PCC) delegates will vote in the election.   -- PTI
« Back to LIVE